White nationalist groups are still on Facebook despite ban: report 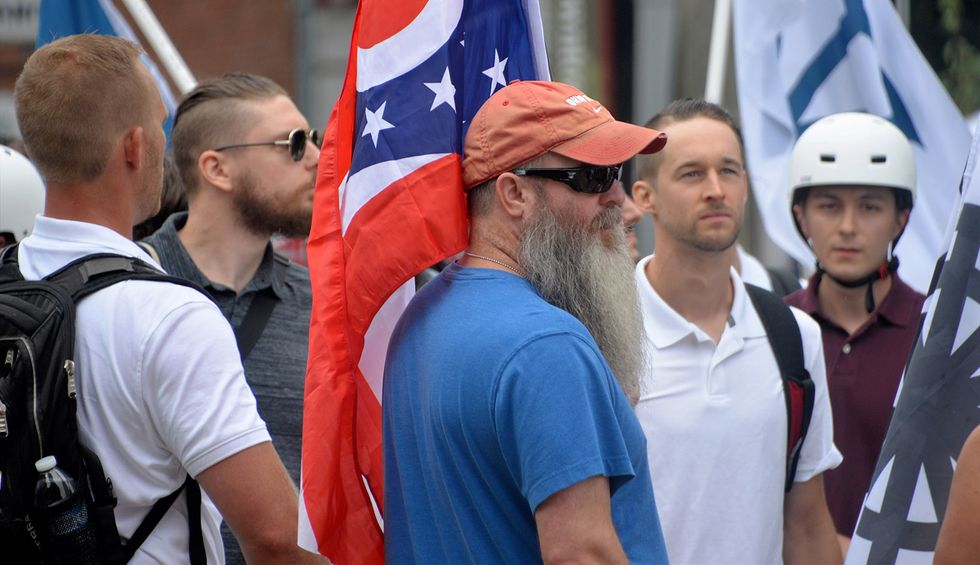 On March 26 — following a terrorist attack on mosques in Christchurch, New Zealand that left 50 people dead — Facebook announced that content promoting white nationalism and white separatism would be banned from the social media platform. But according to a report by journalist Julia Carrie Wong for The Guardian, content by some white nationalist groups and outlets continues to be posted on Facebook.

Those groups and outlets, according to The Guardian’s analysis and research, include Red Ice TV, VDare, American Free Press (a newsletter founded by white supremacist Willis Carto), the Affirmative Right (described by Wong as “a rebranding of Richard Spencer’s blog Alternative Right”) and Holocaust denial groups the Committee for Open Debate on the Holocaust and the Institute for Historical Review.

Heidi Beirich, director of the Intelligence Project for the Southern Poverty Law Center’s (SPLC), reviewed The Guardian’s findings and told the publication, “There’s no question that every single one of these groups is a white nationalist group. It’s not even up for debate. There’s really no excuse for not removing this material.”

The Guardian reached out to Facebook for comment, and a spokesperson stated, “We are investigating to determine whether any of these groups violate our policies against organized hate. We regularly review organizations against our policy, and any that violate will be banned permanently.”

That spokesperson, according to Wong, “also said that Facebook does not ban Holocaust denial, but does work to reduce the spread of such content by limiting the distribution of posts and preventing Holocaust-denying groups and pages from appearing in algorithmic recommendations.” And those limitations, the spokesperson said, are being applied to the Committee for Open Debate on the Holocaust and the Institute for Historical Review.

Wong notes that Facebook has included Breitbart News in its Facebook News, a new section of its mobile app. Breitbart doesn’t identify itself as white nationalist, and one of its former staff writers, Katie McHugh, was fired by Breitbart in 2017 because of her overtly racist statements. But this month, the SPLC has reported on some troubling 2015 and 2016 e-mail exchanges between McHugh and Stephen Miller — now a senior adviser for the Trump Administration — and those exchanges (which McHugh leaked) show Miller encouraging McHugh to use white nationalist sites like VDare and American Renaissance as sources in her Breitbart articles.

Joan Donovan, director of the Technology and Social Change Research Project at Harvard University, told The Guardian that one of the challenges in trying to keep white nationalist content off of social media platforms is that some groups will promote themselves as news outlets rather than political groups.

Red Ice TV, Donovan told The Guardian, is “a group that styles themselves as a news organization when they are primarily a political organization, and the politics are staunchly white supremacist. We have seen this happen in the past where organizations like the KKK have produced their own newspapers.... It doesn’t mean that it qualifies as news.”