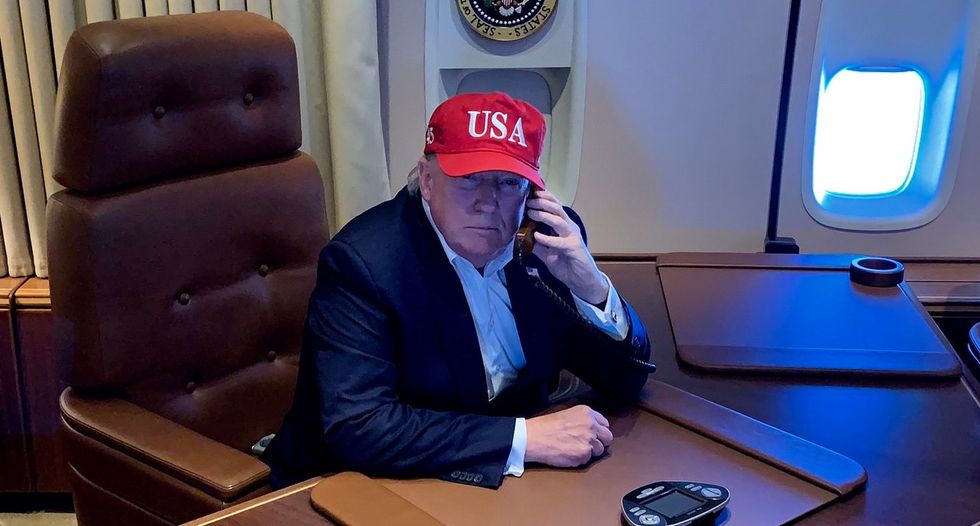 President Donald Trump has insisted that his July 25 phone conversation with Volodymyr Zelensky was “perfect.” But according to testimony by Lt. Col. Alexander Vindman, the U.S. Army officer who served as the National Security Council’s director for Ukraine-related matters, White House lawyer John Eisenberg went to great lengths to keep the call a secret.

Vindman, who gave a deposition on Tuesday, has been among the witnesses in House Democrats’ impeachment inquiry. And journalist Natasha Bertrand, in Politico, reports that after Vindman expressed concerns to Eisenberg about the July 25 conversation, lawyers decided to move the record of the call to the NSC’s top-secret codeword system — which is generally reserved for very classified matters.

This move had already been reported and confirmed, raising serious questions about a potential cover-up. But Bertrand also reported, for the first time, that in addition to concealing the transcript Eisenberg told Vindman to keep quiet about what he heard on the call, according to the colonel's testimony.

Bertrand adds that “Eisenberg’s purported request that Vindman keep the call a secret raises questions about whether the lawyers’ intent was to bury the conversation altogether. It also undermines Trump’s insistence that the call was ‘perfect.’”

Vindman was angrily attacked this week by Fox News’ Laura Ingraham, former Rep. Sean Duffy (now a CNN contributor) and other Trump defenders because his testimony was perceived to be so damaging to the president.

House Democrats, as part of their impeachment inquiry, have asked Eisenberg to testify this Monday, November 4, although it remains to be seen whether he will.