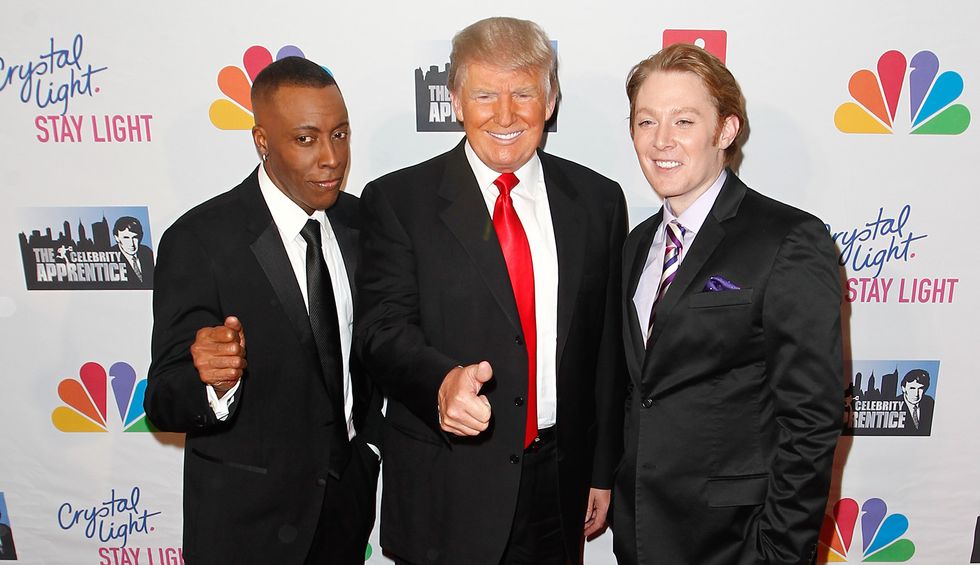 According to a report in the Daily Beast, Donald Trump has been keeping in touch with the creator of the ‘Apprentice‘ TV show over the possibility of re-booting the reality show as a White House version.

The reports states, “Since taking office in early 2017, the president has confided to close associates that he misses hosting ‘The Apprentice’ and ‘The Celebrity Apprentice’ on NBC, the reality TV staples he left behind to become the Republican Party standard-bearer and then the leader of the free world.”

Reportedly, the president has spoken with Mark Burnett, the show’s creator, and has fond memories of his time on the show that helped launch his persona as a tough businessman and demanding boss.

“According to three people with knowledge of the situation and another source close to Trump, ‘Apprentice’ creator Mark Burnett and the president have sporadically kept in touch, mostly over the phone,” the Beast reports. “One of the ideas kicked around by Burnett and the president was shooting a new version of the Trump-branded ‘Apprentice,’ tentatively titled ‘The Apprentice: White House,’ and to produce it shortly after the president leaves office. This time, however, the TV program would be explicitly politics-themed and take full advantage of Trump’s status as a former president of the United States and a newfound Republican kingmaker.”

The Beast also notes that a spokesperson for Burnett has tried to throw cold water on the report in a statement reading, “Among other things, The President and Mr. Burnett have not discussed making television shows in any shape or form.”