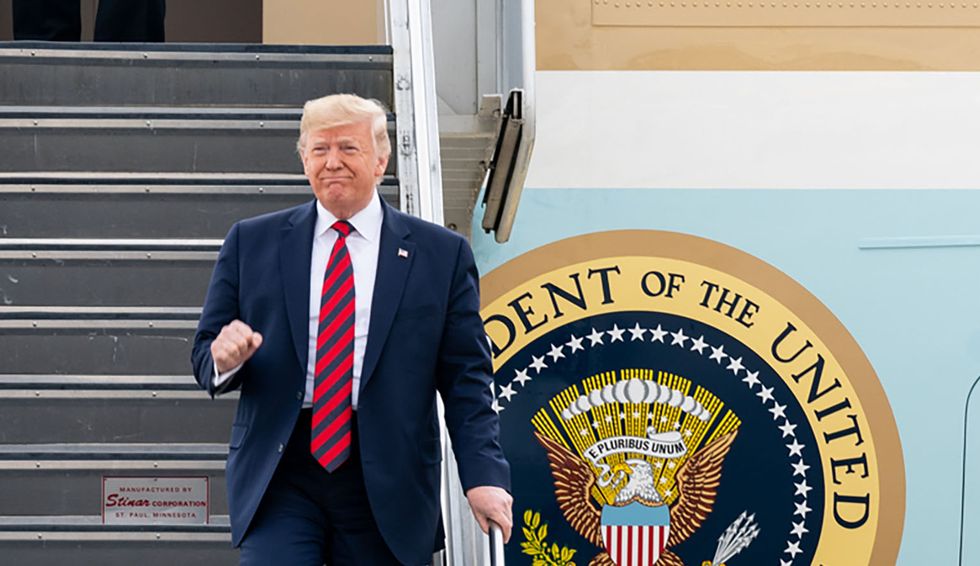 Bashing Chicago is common among right-wing politicians and media figures, who associate the city with one of the objects of their hatred: former President Barack Obama. And that includes President Donald Trump; the Republican president loves to point to Chicago as a glaring example of what he views as Democratic Party failures. But journalist Bess Levin, in a Vanity Fair article published this week, gives another reason for Trump to resent Chicago: his Trump Tower Chicago has been losing money in a huge way.

Levin notes that some Trump properties have been profiting handsomely from his presidency, especially his Mar-a-Lago resort in Palm Beach, Florida.

“When he spends countless weekends at Mar-a-Lago,” Levin observes, “his Palm Beach resort charges taxpayers top dollar for rooms for the Secret Service and other members of his entourage, in addition to their bar tabs — money that goes directly into the president’s pocket.”

But Trump Tower Chicago, Levin asserts, is another matter. Citing figures reported in the Washington Post, Levin points out that from 2015-2018, Trump Tower Chicago’s profits fell by 89% and went from $16.7 million to $1.8 million. Those figures are based on documents filed with Cook County, Illinois.

One of the problems Trump Tower Chicago is having, according to Levin, is that the property is being identified with Trump’s politics.

“There’s the issue of his properties becoming synonymous with corruption, racism, misogyny, insanity and some possible light tax fraud,” Levin writes. “In May, we learned that tenants in New York’s Trump Tower were selling their condos at a loss just to escape the taint by association.”

The Trump Organization, earlier this year, issued a statement blaming Trump Tower Chicago’s financial problems on the city where the property is located. But the Washington Post disagreed, reporting, “The problem was not Chicago. In fact, Trump’s competitors in the city’s luxury market were seeing increases in room revenue, even while his hotel saw a drop.”