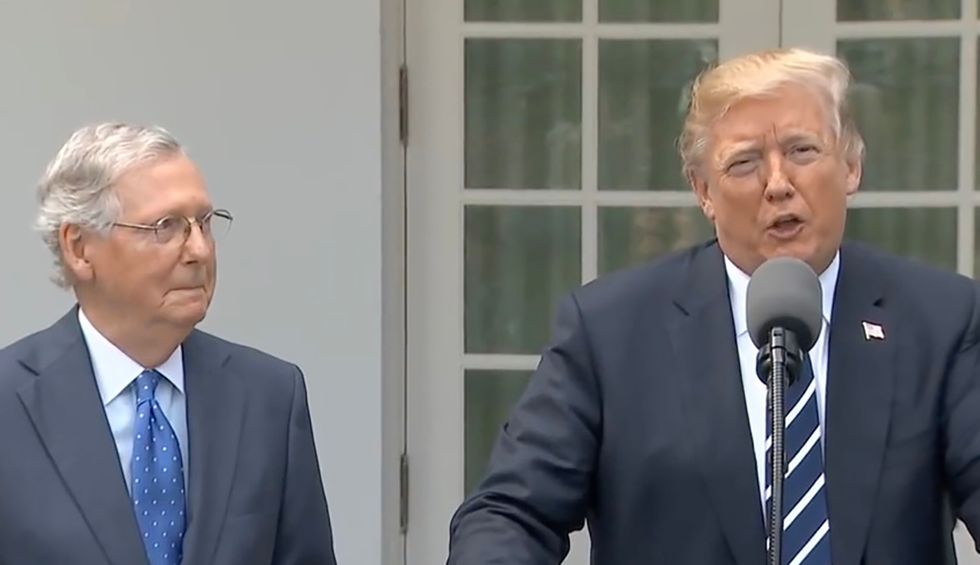 Making perfectly clear just how corrupt he is President Donald Trump went on yet another morning “executive time” tweetstorm Thursday morning. The President went after the Intelligence Committee chairman while amplifying his belief he has the U.S. Senate in his back pocket – and accidentally admitting he knows the House will vote to impeach him.

“Corrupt politician Adam Schiff’s lies are growing by the day,” the President of the United States tweeted. “Keep fighting tough, Republicans, you are dealing with human scum who have taken Due Process and all of the Republican Party’s rights away from us during the most unfair hearings in American History.”

Literally not one word of those statements is true.

“But we are winning big, and they will soon be on our turf,” Trump declared.

That statement is telling.

If he were “winning big,” the House would not pass the Articles of Impeachment that are expected to be presented before Christmas.

Calling the U.S. Senate “our turf” means he knows he will be impeached – and believes he controls Senate Republicans.

Trump very well may be right. Senate Republicans refuse to challenge him. They are among his top defenders. But every day it becomes increasingly clear just how corrupt this president is.

And when voters finally accept this fact and Trump’s stranglehold on the GOP becomes untenable, when Republican Senators realize they won’t be able to keep their jobs if they keep backing Trump, they will start to say, “Donald who?”