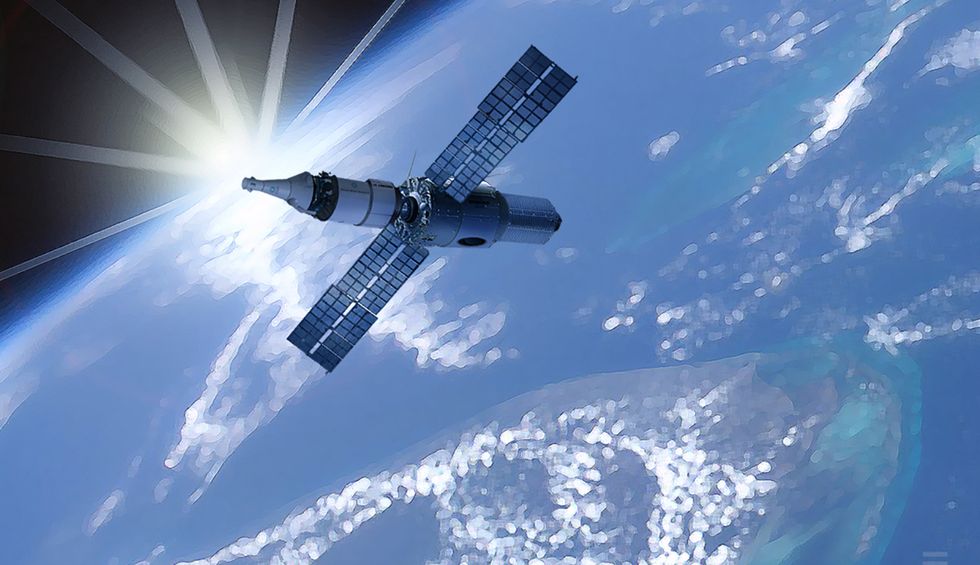 As a boy I was intrigued by “strange but true” stories.  I used to collect “Ripley’s Believe it or Not” paperbacks which, like almost everything else in life, were far superior in quality back then than they are today. More often than not these stories would leave you with a creepy, eerie feeling—a sense of the mysterious “unknown” bordering on the supernatural. Some, frankly, were so scary to me I’d skip those pages in the book to avoid being freaked out (like the one of the recurring ghost of a dead school boy who would briefly materialize at the head of his old classroom from time to time, staring morosely at his classmates and slowly raising his hand before vanishing).

One of the less “freak-outish” but fascinating stories was the “Lost TV Signal.”  You may have heard it—it was standard fare in the “strange but true” genre in the 60’s and early 70’s, and apparently is still told and retold in various media formats.

People in England were supposedly watching their television sets at some time in the mid 1950’s, when suddenly their screens showed the call letters and test pattern of KLEE TV from Houston Texas. The image stayed on their screens several minutes, long enough for people to take pictures of it.

But KLEE had gone “off the air” three years earlier! So there were two mysteries. How could people in England be receiving a TV signal from Houston Texas? And how in the world could that signal have been transmitted and received by them, when the very station had gone off the air years before?

Come to think of it, it was pretty freaky after all. Kinda conjures up some sort of extraterrestrial mischief, doesn’t it? The lost TV signal, returning to Earth after being...being what, exactly? Viewed? Considered? Remarked upon? By aliens, right? Absolutely. Most definitely by aliens.

In other words, perhaps space aliens bent on conquering Earth had tested a system to take control of the world’s broadcast media. That, or maybe their sense of humor was as sophisticated as their technology.

As a I grew older and wiser, I recalled the story from time to time. But in my maturity and wisdom I had confirmed in my mind that the KLEE TV signal was simply reflected back to earth by some type of celestial body acting as a mirror of sorts. Bouncing it back to be seen years later (because...things in space are “light years” away,” right?)  Smart, huh? Mystery solved!

Imagine my disappointment, then, when I found out that the whole damn thing was a hoax (but the tale still ends well, as you will see).

As faithfully sourced by Snopes.com, the “Lost TV signal” story originated when Houston TV station KPRC received a letter from some guy in England.

Enclosed herewith is a photograph taken by an ordinary box camera of what I believe is your test signal received 3:50 p.m. 14 September 1953. It would be of great interest and help if you could be so kind as to confirm or deny by return mail that this is so and at the same time it would be of great help if you would endorse the back of the photograph and return. Your help in this matter would be much appreciated.

The photograph was legit—there in the picture on the TV screen was the old KLEE call signal letters and test pattern (KPRC had bought out KLEE a few years before and changed the pattern accordingly). But KLEE had been off the air for three years, not broadcasting its call letters or anything else, and certainly not to England. Immediately the KPRC station began trying to determine how this could possibly happen—they even ran a story locally on it. Both the BBC and even Chrysler Corporation became involved in attempting to authenticate the photograph. Bottom line, it was a puzzle—and one heck of a story for the local papers, who all ran with it—and then Reader’s Digest got hold of it. The rest was Myster….err, History, I mean.

But unbeknownst to the KPRC folks, the same letter had been sent to several TV stations around the country, each with a picture of that particular station’s call signal letters.  However, KPRC was different in one important respect—and this is where the “mystery” part came from:

KPRC was the only station whose call letters had changed in the previous few years, however, providing a hint that whoever was sending the letters was working with slightly out-of-date information.  The letters were also suspect because they never included anything but photographs of station call signs; they showed no pictures taken from broadcast programs or commercials.  Finally, many of the pictures were similar but not identical to the stations’ identification cards; in some cases there were subtle differences that couldn’t be completely explained by poor reception or bad photography.

Most of the stations who received this letter and the accompanying photograph threw them in the trash. But KPRC responded. That was how they determined the nature of what was an obvious (but intriguing) hoax. As it turns out, it was part of a scam by a British company to sell non-existent “hyper-receptive” TV sets. The company in question had collected all of these station’s call letters from around the world, found a way to broadcast them into a TV set (likely with an offsite camera rigged up) and they were trying to convince people that the sets were actually receiving signals from great distances.

The hoaxsters’ TV sets did no such thing, of course, but they weren’t going to let such petty details dissuade them from fooling others into believing it.  Somehow they obtained photographs or other likenesses of call signs from TV stations in the USA (as well as France, South America, and the Soviet Union), reproduced them, and projected the images onto the screen of their fabulous “invention” for a select audience of credulous viewers.  They then encouraged their guests to take pictures as proof of  their amazing achievements in long-range reception and send them to the host stations for verification.  This explained why their sets never “received” anything other than images of station identification cards: faking actual broadcasts with moving images was too difficult a feat for them to pull off, and the reception of nothing but call signs meant they didn’t have to concoct any explanations for the lack of sound.

As Snopes notes, KPRC learned about the hoax fairly early on. But somehow the real explanation behind the “sensational original story” never caught on. Who wants to hear about some British scammers when there could be aliens out there, watching “I Love Lucy” reruns and then beaming them back at us to amuse themselves? Now that’s a story!

Like a radio wave moving ever deeper into space, it continues to live on...." - Mike Cox, The Great Texas/British TV Hoax of 1953

Well, as I said, my disappointment that my own personal theory (about signals being reflected back to Earth) hadn’t panned out simply gnawed at my soul. I spent literally months of sleepless nights, tossing and turning in frustration.

Like many others before me, I went to the Internet for solace. And I found what I was looking for. All the way back in 2009, scientists had picked up 47-year old Earth television signals “originating from the same point in space.” There it was, in black and white.

From "BBC News" (Significantly, some sharp-eyed commenters have noted the article is dated April 1, 2009):

While searching deep space for extra-terrestrial signals, scientists at the Arecibo Observatory in Puerto Rico have stumbled across signals broadcast from Earth nearly half a century ago.

The signals (which include, believe it or not, several “Dr. Who” episodes) all originate from the same point. Alas, the astronomer who discovered them inexplicably does not relate this fact to alien intelligence!

Responding to questions, Dr Venn was at pains to explain that little green men are not showing repeats of old Earth shows. "They are signals that left the Earth about 50 years ago and have bounced off an object or more likely a field of objects some 25 light years away". Radio signals travel at approximately 300,000 kilometers per second. The distance the vintage signals have traveled in the intervening years is vast and whatever they are bouncing off is too far away to see with even the most advanced optical telescopes. "

A BBC team have been working closely with Dr Venn's team to help recover the signals. BBC Television historian Peter Wells, explained "We now know these are original broadcasts. So far we have recovered about 7 weeks of old television signals from space. Every day in our lab is like traveling back in time. And speaking of which we have just started the digital recovery of signals that contain lost Doctor Who episodes.

The article also states that the BBC planned to archive these signals to make them available for public viewing. But my two-minute Internet search could uncover no such archive. It’s almost as if those signals, once retrieved, have been locked away, carefully kept from view.

What does that tell you?  I know what it tells me.

Have a restful Holiday, everyone.