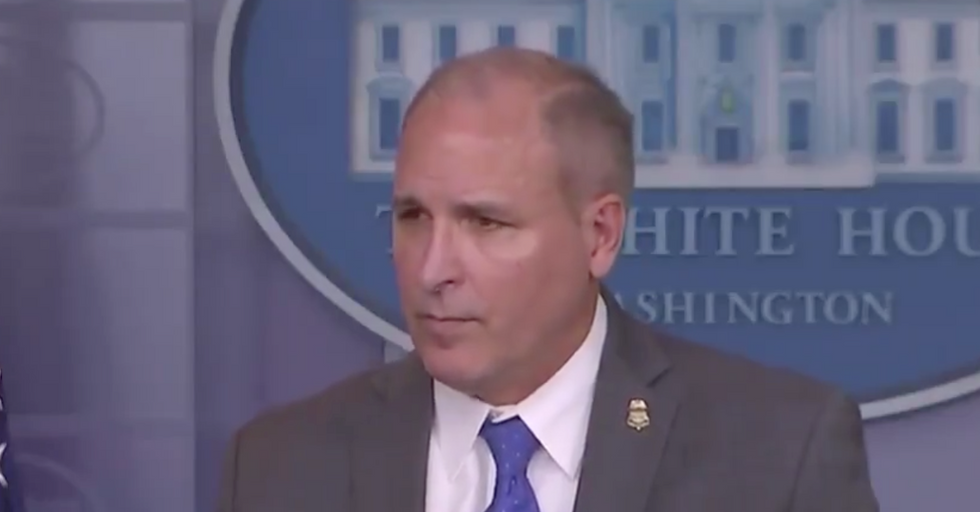 Acting Customs and Border Protection Commissioner Mark Morgan admitted on Thursday — contrary to President Donald Trump's claims — that the administration had built no new miles of border wall where none had previously existed.

NBC News reporter Peter Alexander expertly coaxed the answer out of Morgan, despite his clear resistance and his adherence to the president's bogus talking points.

"So, 78 miles of new wall has been built," Morgan told reporters Thursday at a White House press briefing.

"So much of that is replacing wall that formerly existed, but the president said was insufficient," Alexander said. "How many miles of wall now exist where there was no wall whatsoever?"

"So again, my response to that is every mile of wall that's being built is a new mile of wall," Morgan said. (This doesn't make any sense, of course. While it's reasonable to call a replacement wall a "new wall," it certainly wouldn't constitute a "new mile of wall," because that mile had already been covered by a barrier.)

"No disagreements on that," Alexander replied, deftly conceding to Morgan's spin. "But just for a breakdown: How many miles formerly existed that have now been renovated or replace, and how many miles new where nothing existed?"

That finally got Morgan to admit to the truth.

"So right now, the 78 miles that have been built have been built where there was an existing form of barrier," Morgan said. "We've just started breaking ground in RGV, where we're building miles of new wall where there has been no structure there at all." He went on to admit that further construction will continue to be a struggle because the U.S. government will have to seize land from American citizens to build in many of the places where Trump wants new walls. In addition to the delay, these seizures could pose greater political difficulties for the plans.

But most importantly, Morgan's comments completely debunk Trump's repeated claims to the contrary, often made to his own supporters.

But this isn't true. In 2016, he sold his wall as a big, bold idea that other politicians had been too corrupt to get done. Now, all he's done almost three full years into his presidency is replace existing barriers — barriers built by other administrations — and he claims he's getting it done "very rapidly." This is, of course, a blatant lie.

Watch the clip of Morgan's comments below: