'Pro-religious liberty, pro-life' Dallas attorney explains why impeaching Trump is totally consistent with conservatism: His 'abuse of the presidency threatens your freedom’ 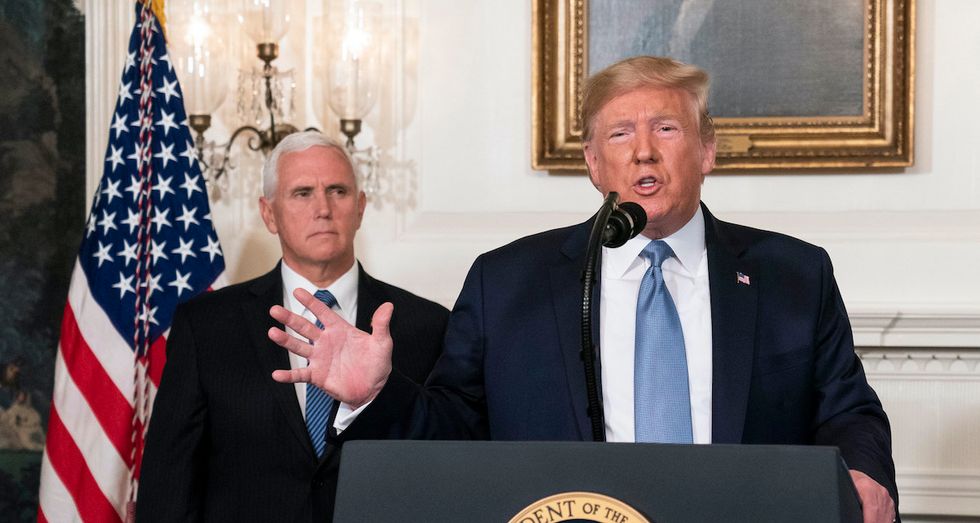 Defenders of President Donald Trump often denounce the president’s critics on the right as RINOs: Republicans in Name Only, angrily insisting that no true conservative could support Trump’s impeachment. But right-wing Dallas-based attorney Bryan Gividen strongly disagrees, explaining in a Twitter thread why supporting Trump’s impeachment is a very conservative thing to do.

Gividen opens the thread on a humorous note, describing himself as “a pro-religious liberty, pro-life, would snort Cocaine Mitch’s judicial confirmations if I could, kind of conservative.” And he goes on to list various reasons why impeaching Trump fits with conservative ideology.

“At this point, there is no question that President Trump directed U.S. officials to withhold security funding to the Ukraine so Ukraine would investigate the Bidens,” Gividen tweets. “That is the kind of abuse of the president’s authority we should not tolerate.”

Gividen gets into specifics, noting that Trump “used hundreds of millions of dollars of taxpayer money as a bargaining chip to make a foreign country investigate his rivals. That is a textbook play from dictators who are trying to keep power.”

The foreign country is, of course, Ukraine. A whistleblower complained that during a July 25 phone conversation, Trump tried to pressure Ukrainian President Volodymyr Zelensky into investigating Vice President Joe Biden and his son, Hunter Biden.

Gividen points out that Trump’s defenders will say, “But the Bidens were corrupt” — and the attorney’s response is, “no clue if this is true, but I don’t care. Americans don’t outsource their investigations of political rivals to foreign countries, especially ones that are themselves full of corruption and especially not with strings attached.”

Another common defense from Trump supporters, Gividen adds, is “the president has authority over foreign policy.” Gividen’s response: “You’re right, but the president is also accountable for how he uses that authority. And when he begins using it to target Americans to entrench his own power, the Constitution says Congress should act.”

Gividen, in his Twitter thread, also takes issue with the GOP talking point that “Democrats are just trying to overturn the 2016 election.” Gividen’s response: “True that a bunch of Ds would impeach Trump if he had sneezed during the oath of office. But stupidity doesn’t excuse stupidity. We’re asking whether president should be impeached, not whether Democrats are consistent.”

The attorney goes on to point out that Trump defenders will stress that they like him when it comes to right-wing judges, abortion and the 2nd Amendment. And Gividen counters that if Trump is removed from office, “Realistically, we’re talking about Mike Pence becoming president. He will be as good as Trump was on all of those issues.”

Gividen wraps up the thread by stressing that Trump shouldn’t be impeached because Democrats dislike him — he should be impeached for his abuses, regardless of party affiliation.