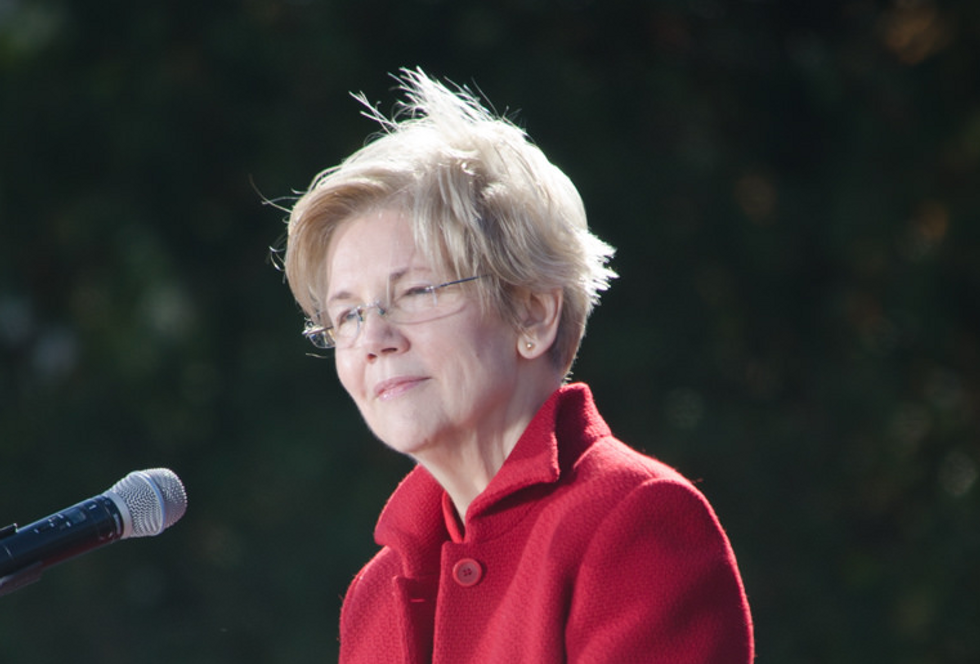 Whether it’s universal health care, a Green New Deal or longer vacation time, progressive politicians like Sen. Elizabeth Warren, Sen. Bernie Sanders and Rep. Alexandria Ocasio-Cortez are often attacked by Republicans — and some centrist Democrats as well — for proposing ideas that would make the U.S. more like Europe. Economist Paul Krugman analyzes such Europe-bashing this week in his New York Times column, stressing that while Warren’s economic ideas certainly merit scrutiny, being dismissive of them for being overly Europe-like is pure foolishness.

“There are many reasonable criticisms you could offer of Elizabeth Warren’s economic proposals,” Krugman explains. “But the one I keep seeing is that Warren would turn America into — cue scary music — Europe, maybe even — cue even scarier music —  France. And you have to wonder whether people who say such things have paid any attention to either Europe or America over the past few decades.”

Trying to discredit Warren or any other progressive politician by instinctively bashing Europe, Krugman asserts, shows an ignorance of what Europe is actually like in 2019. And he cites health care and life expectancy as two areas in which France is outperforming the United States.

“On that most fundamental of indicators, life expectancy, the U.S. has fallen far behind,” Krugman observes. “French residents can expect, on average, to live more than four years longer than Americans. Why? Universal health care and policies that mitigate extreme inequality are the most likely explanations.”

“I don’t want this to sound like praise of all things European,” Krugman asserts. “The nations on the euro remain terribly vulnerable to financial crises because they’ve adopted a shared currency without a shared banking safety net. Only the heroic leadership of Mario Draghi, the former president of the European Central Bank, avoided a catastrophic collapse of the euro in 2012.”

Krugman even goes so far as to say, “I wouldn’t be surprised if Europe is the epicenter of the next global crisis.” But the 66-year-old economist is quick to add that it won’t be caused by Europe’s strong social safety nets.

“The problem with Europe is not that its social programs are too generous and its governments too intrusive,” Krugman emphasizes. “If anything, it’s almost the opposite: Europe’s economy is vulnerable because a combination of political fragmentation and ideological rigidity has left its politicians unwilling to be Keynesian enough.”

Krugman wraps up his column by stressing that while there should be robust debates about the economic proposals of Warren and other progressive politicians, those debates should be absent of reflexive Europe-bashing.

“By all means, let’s talk about whether ‘Medicare for all,’ wealth taxes and other progressive proposals are actually good ideas,” Krugman asserts. “But trying to shoot them down by going on about how terrible things are in France is a sure sign that you have no idea what you’re talking about.”