Mike Pompeo reportedly told Republicans he plans to resign to protect his reputation. Good luck with that 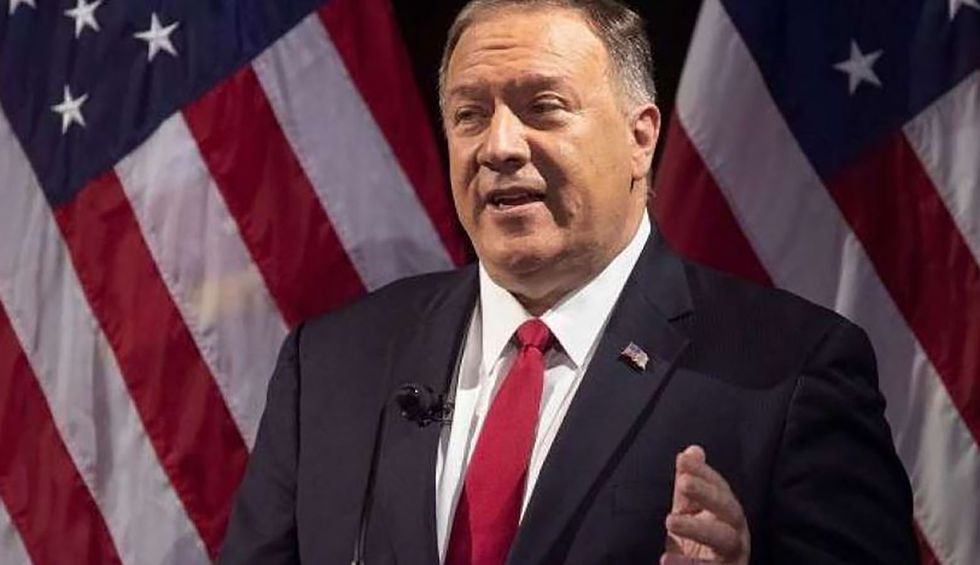 Secretary of State Mike Pompeo has been very quiet as witnesses in the House impeachment inquiry into Donald Trump tie him directly to the extortion scheme carried out by the administration and Trump lawyer Rudy Giuliani. Now a new report indicates that Pompeo has reportedly told three prominent Republicans that he intends to resign.

But Pompeo isn't resigning for reasons of principle or because he has been implicated in an impeachable crime. Instead, he "is now concerned that his connection to Mr. Trump" is hurting his reputation. And he wants out of Dodge to run as a Republican candidate for Senate in Kansas.

That a man in significant danger of being himself impeached, if not indicted, would consider himself to still be a top Republican political candidate is remarkable, but that's exactly what's happening. He continues to be heavily recruited by national Republicans, including the National Republican Senatorial Committee, to enter the race in Kansas.

Does Mike Pompeo, tea party-linked ex-House Republican, honestly believe that he has a reputation left to save? Really? That leaving the State Department even after standing by—or assisting—as Trump committed acts of extortion against a U.S. ally will somehow redeem him in the eyes of nonradical voters?

He might, because the entire Republican Party is so staggeringly crooked, as we can see from the performance of House Republicans during the impeachment process, that he and other Republican leaders might see Pompeo's involvement in criminal acts as not disqualifying, but proof of his commitment to his party and to Dear Leader. But it's still hard to grasp.

Pompeo has scheduled a press conference for 2:20 p.m. ET Wednesday. He has in the past denied reports that he intended to resign, and may do so again: The afternoon after being tied directly to a criminal conspiracy seems a poor time to announce a new Senate run.