'Meth. We're on it': South Dakota's new anti-drug message is a baffling disaster 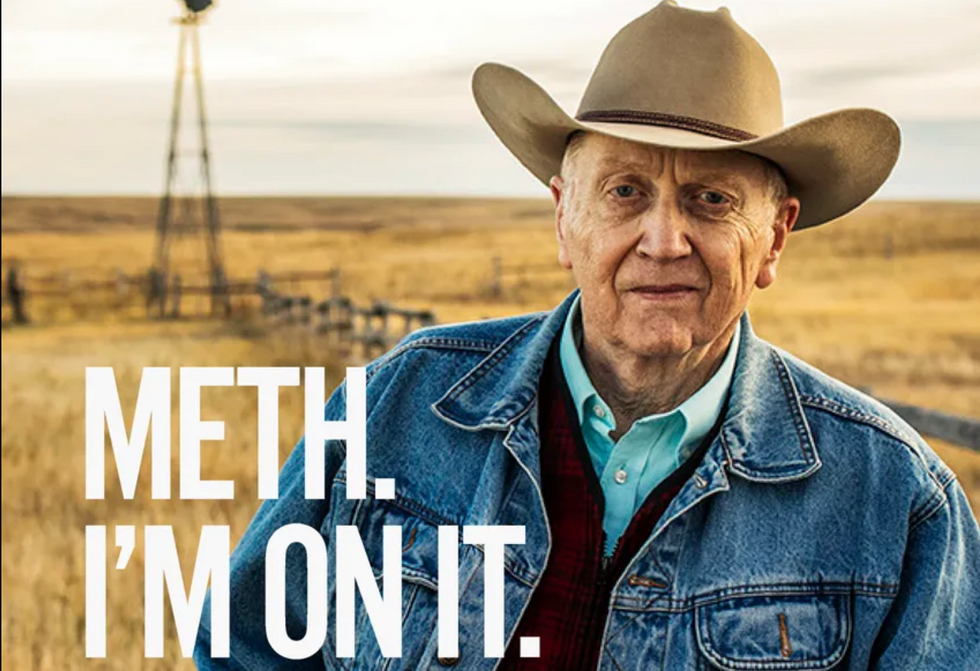 "Meth. We're on it," is the new slogan, the brainchild of marketing agency Broadhead Co., which received almost $449,000 for its work on the campaign, according to Argus Leader.

The slogan appears in a series of posters, billboards, and TV ads, next to the faces of a diverse range of people.

Meth abuse is indeed a real and serious problem, but the ad campaign seems to be sending a mixed message.

"South Dakota's meth crisis is growing at an alarming rate. It impacts every community in our state, and it threatens the success of the next generation," Noem said in a public service ad. "This is our problem, and together, we need to get on it."

"Getting on the problem" and "getting on meth" are two quite different things, but the new campaign seems to blur lines between the two. At the same time, the ad campaign already seems to be getting attention — and maybe that was the point all along.

It's not the first time South Dakota has had a provocative public service slogan. The state previously withdrew an ad campaign instructing people: "Don’t Jerk and Drive."

Watch the governor discuss the campaign below: