'Maybe rich people can see the writing on the wall': CEOs stepping down at levels not seen since 2008 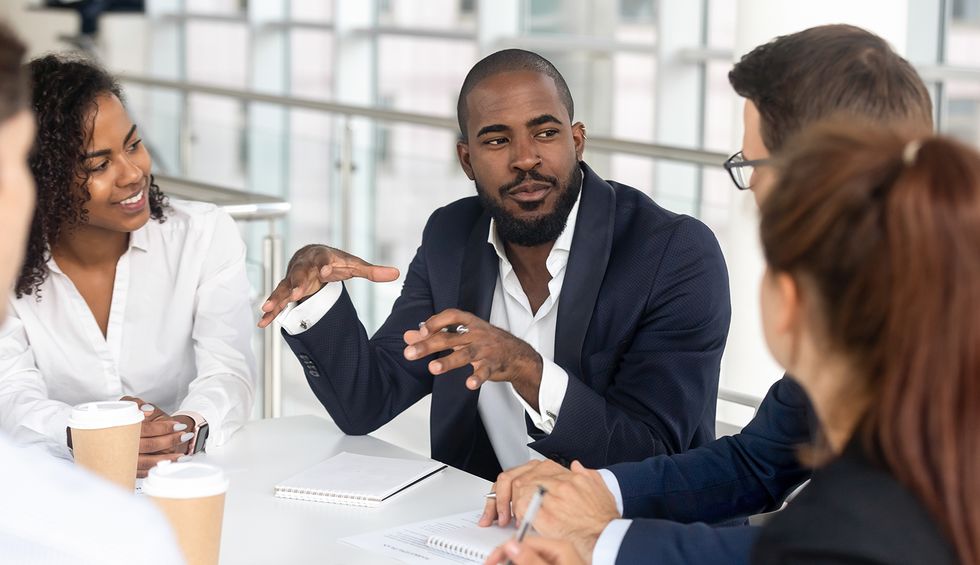 A record number of CEOs left their positions in October, a corporate outplacement firm reported Wednesday, the most in one month since the 2008 recession.

"Maybe this means nothing, maybe this is a coincidence," said show co-host Sam Sacks. "Or maybe rich people can see the writing on the wall and are cashing out right now."

Sacks and co-host Sam Knight weren't the only ones who saw the news as possibly indicative of economic upheaval on the horizon.

According to Challenger, Gray & Christmas' report, 1,332 CEOs have already left their companies, far outstripping the total 1,257 departures by this time in 2008. A total 1,484 CEOs left their positions by the end of 2008.

In a press release, Challenger, Gray & Christmas explained some of the turnover as the result of executive misconduct, succession plans, and normal changes in personnel. But even by those standards, 2019 stands out.

As The Chicago Tribune reported, October was a high water mark for the year:

In October, 172 chief executives left their posts, compared with 151 CEOs in September and 149 in October 2018, according to outplacement firm Challenger, Gray, & Christmas. That brings the 10-month tally to 1,332 CEOs who are out—the highest number since 2002, when the firm began tracking CEO departures at companies that have been in business at least two years and have at least 10 employees.

Challenger, Gray & Christmas' vice president Andrew Challenger acknowledged to NBC News that the numbers were more akin to times of economic downturn than to the current era of relative stability.

In a statement announcing the departure numbers, Challenger downplayed the possibility of economic disaster and framed the personnel changes as part of the normal course of business.

"We've seen the majority of CEOs leaving amid normal succession plans," said Challenger. "Meanwhile, after a decade of expansion, companies that started ten years ago are finding themselves in a phase where new leadership is needed. Other companies are adapting to changing technologies or finding new leadership based on current economic conditions and forecasts for the coming year."

But, as Common Dreams reported last month, there are other signs of possible economic trouble ahead. A number of late October moves by the Federal Reserve to pump cash into the economy set off alarm bells on Wall Street, prompting Northman Trader's Sven Heinreich to wonder, "What is the Fed not telling us?"

The inverted yield curve—a sign of coming recession—that surfaced in October further suggested to The District Sentinel's Sacks that the CEO exodus could be a sign of imminent economic disaster.

"Maybe these CEOs are seeing that inverted yield and are just like, 'yeah, let's just take our golden parachutes and get the fuck out of here,'" said Sacks.