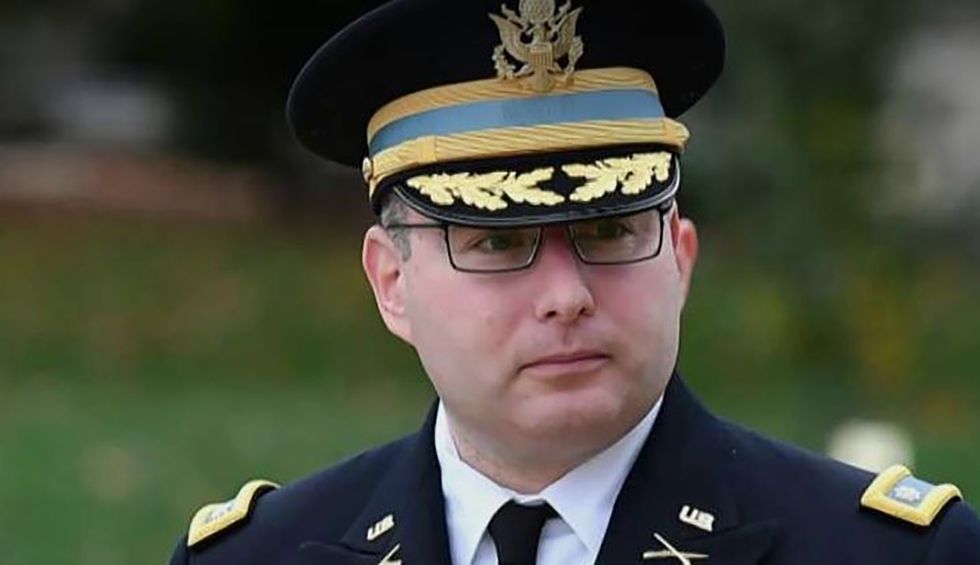 Editor's note: The headline of this article has been updated to more accurately reflect Vidman's pending departure from the NSC:

2/ agencies and they eventually go back. That’s true as far as it goes. But he was asked a pretty specific question… https://t.co/BcYL6AjNMS
— Josh Marshall (@Josh Marshall)1573441535.0

O’Brien noted that Vindman, who is an active officer in the Army, serves on the NSC through the Department of Defense. “Everyone who’s detailed at the NSC ... people are going to start going back to their own departments and we’ll bring in new folks,” said O’Brien. New folks who, presumably, Trump believes he can control and prevent from reporting issues or supplying testimony in a matter with deep national security implications.

O’Brien was asked if Vindman was being removed because he was “scheduled to rotate out” or whether there was “any retaliation against him.” In reply, O’Brien said, “I never retaliate against anyone myself.” Asked again whether Vindman had been scheduled to leave, O’Brien replied “there will be a time for everyone who is detailed there.” The evasion in both of those answers is clear.

In previous statements, Trump has referred to Vindman as a “Never Trumper,” part of a group he described as “human scum.” Now Trump’s Veteran’s Day gift for Vindman is removing him from his position, for doing his job.