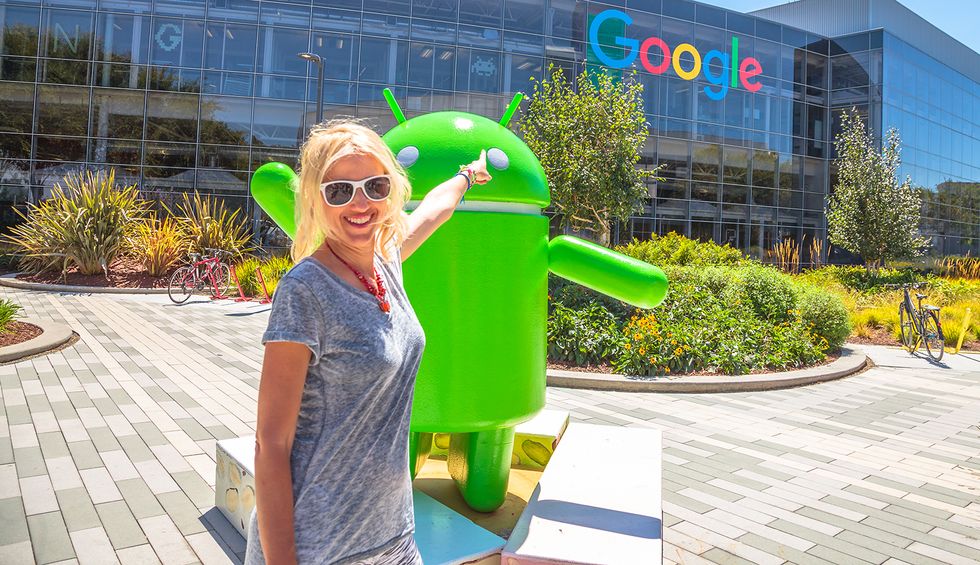 Google’s computers are spying on its workers.

Anytime a Google employee uses an online calendar to schedule a meeting involving more than 100 co-workers, management gets an alert—a great way for the anti-union corporation to sniff out union organizing efforts.

Lots of other employers also would like to put union organizing campaigns under surveillance. And they’ll have their chance if the National Labor Relations Board gives corporations a free hand to snoop on employees, as two of the board’s right-wing members, John Ring and Marvin Kaplan, evidently want to do.

Ring and Kaplan want to reconsider the longtime ban on labor spying. It’s a sleazy idea, but typical for these two. They’re part of a three-member Republican cabal that’s taken over the board and issued a string of decisions eviscerating workers’ rights and giving ever more power to corporations.

Because of them, for example, employers can change working conditions in the middle of a contract, fire employees for engaging in what was previously considered protected union activity and misclassify employees as contractors, who aren’t protected by the National Labor Relations Act. Allowing corporations to spy on workers would be one more gift the pair could give to employers that are eager to suppress wages and keep workers from organizing.

Surveillance intimidates employees. It can kill organizing efforts. If corporations get the green light to spy on workers, they’ll have an easier time ferreting out organizing campaigns and bullying employees into dropping them.

Unions fight for higher pay and better working conditions. They give workers a voice in the workplace. So corporations desperately want to keep them out. Some even spend hundreds of thousands of dollars on union-busting law firms and human resources consultants to help them.

Federal law prohibits employers from interfering in workers’ organizing rights. Right now, that means it’s illegal for corporations to surveil union activists or even give the impression that they’re snooping.

But some companies spy anyway and invent all sorts of excuses when they get caught doing it.

Google claims that its meeting alert tool is to control email and calendar spam, not labor organizing. But workers accustomed to the company’s anti-union paranoia don’t buy that for a minute.

The employees discovered the calendar tool by accident, and there’s no way for them to remove it from their computers. Google watches its employees all of the time.

The growth of technology and social media has given employers new ways to spy. Walmart, for example, has been accused of monitoring employee discussions on Reddit.

And the International Association of Machinists and Aerospace Workers has accused Boeing of using cameras and wireless monitoring devices to track workers who voted to join the union. The company denied keeping tabs on union supporters. But as the union pointed out, there was no other reason for Boeing to spy on these employees but not others who were doing similar work.

If the NLRB were doing its job, it would be giving workers new protections against high-tech surveillance. Instead, as Ring and Kaplan indicated in a case involving the National Captioning Institute, they want to consider taking what little protection workers already have.

The National Association of Broadcast Employees and Technicians filed an NLRB complaint because the National Captioning Institute fired union supporters and spied on organizing efforts through an employee Facebook site.

An NLRB panel—consisting of Ring, Kaplan, and Democrat Lauren McFerran—ruled October 29 that the institute interfered with workers’ organizing rights. The panel ruled the surveillance illegal and ordered the employees reinstated.

But in a footnote to the ruling, Ring and Kaplan said they’d like to revisit the prohibition on spying in a future case—especially spying conducted so clandestinely that workers don’t find out about it during an organizing campaign.

How, they asked, can spying impede workers’ organizing rights if “not a single employee” is aware of it?

That’s like suggesting that a person spied on in a department store dressing room isn’t violated as long as he or she never finds out about the Peeping Tom.

Besides, in 1941, a federal court took up this question and came down firmly against spying. In that case, a vegetable growers association argued that its surveillance of vegetable packers was permissible because there was no evidence that the workers knew about it. And what they didn’t know, the association insisted, couldn’t hurt them.

The NLRB disagreed. And the court backed the NLRB on appeal, writing that “casual examination of the dictionary discloses that a person may be interfered with, restrained or coerced without knowing it.”

The problem is, neither Ring nor Kaplan has shown respect for past decisions benefiting workers.

In June, overturning a 38-year precedent, Ring, Kaplan, and Republican board member William J. Emanuel ruled that employers could bar union staff organizers from cafeterias and other “public spaces” in their workplaces. The ruling will make it more difficult for unions to connect with employees who want to organize.

In case after case, the Republican board members have rolled back worker rights.

In January, they delivered a devastating blow to gig workers by ruling that SuperShuttle drivers are independent contractors, not employees entitled to form a union.

And in July, they ruled that a company may withdraw recognition of a union before bargaining for a new contract if it believes that the union has lost the support of at least 50 percent of its members since the last agreement was signed. The employer doesn’t have to prove the union lost support, just gather evidence that it has. If the employer withdraws recognition of the union and the union subsequently wins a new election to represent workers, the employer faces no penalty.

Allowing companies to snoop on organizing campaigns would be the Republican board’s biggest giveaway to employers yet.

If that happens, all workplace laptops and company-issued cell phones could be programmed to inform on the workers who use them. And oftentimes the workers wouldn’t even know they’re being watched.

The NLRB’s job is to protect workers, not let employers think that it’s OK to engage in underhanded behavior as long as they don’t get caught. Ring, Kaplan and the rest of the board have a responsibility to set higher standards, not help employers climb down into the gutter.