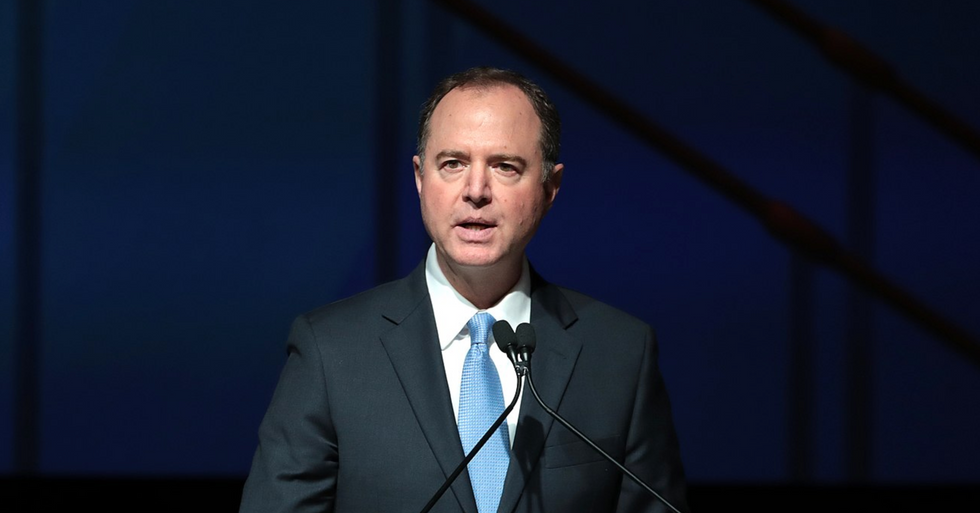 Ambassador Bill Taylor's opening statement to the impeachment inquiry, confirming the existence of an explicit and extensive quid pro quo demanded by the White House of Ukraine, was the most explosive testimony thus made public in the case against President Donald Trump. It's no wonder then that many view him as a star witness in the inquiry, and he will be one of the first to appear in public hearings beginning next week.

On Wednesday, the House Intelligence Committee leading the inquiry released the transcript of Taylor's closed-door testimony, expanding on and fleshing out the damning account he gave of the president's policy toward Ukraine as Trump sought to leverage his office to induce the country into pursuing investigations of his political opponents.

Here are six key details from the testimony:

1. Ukrainians believed they were being used as a tool in Trump's re-election.

Two of the key claims of Trump defenders who have dismissed accusations that he was improperly pressuring Ukraine to benefit himself in 2020 is that the Ukrainians were unaware of what was going on and that the president was interested in fighting "corruption," rather than personally benefitting.

But Taylor's testimony indicates that not only were the Ukrainians' feeling Trump's pressure — the White House was withholding both a high-profile meeting with the Ukrainian president and congressionally authorized military aid to the embattled country — but they directly understood the president's request as interference in 2020.

Taylor said that on Sept. 1 Alexander Danyliuk, the Ukrainian national security adviser, sent him a note saying: "It's a gradually increasing problem, that we're gradually missing out on this assistance."

The transcript goes on:

Taylor: They could not understand why it was being held. And they suggested, well, maybe if I just go to Washington and convince the President or convince the Secretary of Defense that this is important that that would do the trick. They were trying to figure out why this was being held.

Q: But then at some point, and again later on page 10, Ambassador Sondland, it appears, told Mr. Yermak, President Zelensky's adviser, that the money would not come until Zelensky committed to pursuing the Burisma investigation. Is that right?

Taylor: That is correct.

Q: So, I mean, did the Ukrainians have an understanding at that point what they had to do in order to get the funds released?

Taylor: Certainly Mr. Yermak did. That's what he had heard from Ambassador Sondland.

I think it was becoming clear to the Ukrainians that, in order to get this meeting that they wanted, they would have to commit to pursuing these investigations. And Mr. Danyliuk, at least, understood—and I’m sure that he briefed President Zelensky, I’m sure they had this conversation—believed that opening those investigations, in particular on Burisma, would have involved Ukraine in the 2020 election campaign. He did not want to do that.

2. Taylor definitively laid out the element of the Ukraine scandal that Trump and his defenders have long denied.

"That was my clear understanding, security assistance money would not come until the [Ukrainian] president committed to pursue the investigation," he said.

3. Taylor also noted that, despite Trump's claims that he was trying to fight "corruption" in Ukraine by withholding the aid, Zelenksy was already making significant progress on this front.

Zelensky had reformed the country's constitution to make it possible to prosecute certain officials for breaking the law, which had previously been disallowed.

"President Zelensky changed the language," Taylor said. "He said he wants to defeat corruption. So he was really focused on this, he made it his number two priority. Number one priority was stopping the war on Ukrainian terms, and number two was defeating corruption. And he did a lot on that."

Taylor also pointed out that it was the "unanimous opinion of every level of interagency discussion" that the aid should resume "without delay" because the new administration was sufficiently tackling corruption.

4. He explained how Rudy Giuliani, the president's personal lawyer, was carrying out an "irregular" channel of foreign policy toward Ukraine that served Trump's personal interests.

I've argued before that one of the clear high crimes Giuliani has revealed is that, while working with the State Department at Trump's request, he was carrying out the president's personal interests rather than the national interest. This is graft and open corruption.

In addition to Giuliani's open admission of this fact, Taylor provided the background details.

Q: And the interests of the irregular channel, represented by Mr. Giuliani, may not be the same interests as the State Department and what was in the best interest of the United States?

Taylor: That second part I came to believe. I’m not sure it was at this point. This is within a week, a week and a half, of me—10 days of me arriving there. And so I was still, maybe naively, but I was still of the view that I was on—I was part of a team that might have several parts but we were moving in the same direction. So it was not—I think, Mr. Chairman, it was not yet. That would come.

And he specifically referred to Giuliani spearheading the effort to get Ukraine to investigate the DNC's actions in 2016 and the oil company Burisma, which is tied to former Vice President Joe Biden's son:

Q: And he was representing whose interests in —

5. Though Trump was already denying the quid pro quo before the scheme was revealed, Taylor said it was clear what was going on.

As I noted previously Sondland has recently changed his story and admitted that he pushed the quid pro quo on the Ukrainians, despite previously suggesting otherwise. But in his new testimony addendum, he was cagey about whether the orders were coming directly from Trump, saying vaguely that he only came to understand that military aid was conditioned on the investigations Trump wanted.

But Taylor's testimony reveals that Sondland "came to understand" this fact in direct consultation with Trump:

Taylor also noted that both U.S. Envoy Kurt Volker and Sondland described what the president was doing as "the businessman asks that person to pay up before signing the check."

Chair Adam Schiff (D-CA) noted from this "that they both understood that if President Trump was going to sign the check for military assistance then they needed to pay up first and that pay-up was a public declaration of these two political investigations?" Taylor concurred that that's what they meant.

6. Taylor has extensive notes and documentation corroborating his account, but, the committee said in a release, the State Department is refusing to turn them over. This will likely feature in the articles of impeachment accusing Trump of obstructing the investigation.

Taylor described the evidence in question:

One you are familiar with are the texts of WhatsApp messages that Ambassador Volker, Ambassador Sondland, and I exchanged. There were other WhatsApp messages that I exchanged with Ukrainian officials and other American officials, all of which, like Ambassador Volker’s package, I have provided to the State Department. That’s number one. Number two, I’ve always kept careful notes, and I keep a little notebook where I take notes on conversations, in particular when I’m not in the office. So, in meetings with Ukrainian officials or when I’m out and I get a phone call and I can—I keep notes. The third documents are handwritten notes that I take on a small, little spiral notebook in my office of phone calls that take place in my office. So those, I think are the three sources of information that you see here. You will see some quotes and those are quotes from either the WhatsApp texts or from my notes.