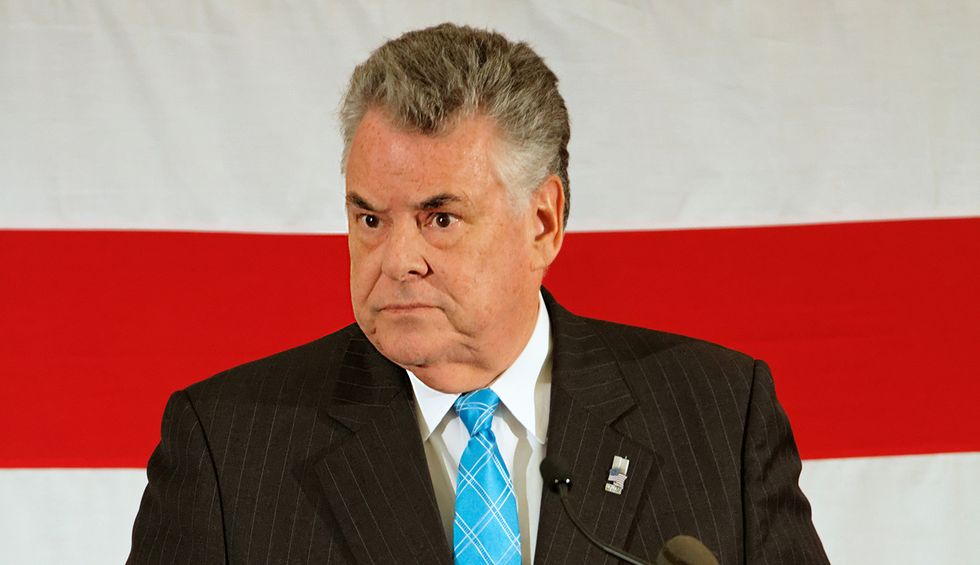 The GOP mass exodus just picked up another major figure. Prominent and powerful U.S. Rep. Peter King, Republican of New York, has announced his retirement after 14 terms. King, who was twice chairman of the House Committee on Homeland Security, says he will not seek re-election.

King is the 20th House Republican who will not seek re-election.

Congressman King is a frequent guest on all the major cable television shows. A strong supporter of President Trump, he included in his statement Monday, “I intend to vote against President Trump’s impeachment and will support the President’s bid for re-election.”

King serves the people of New York’s 2nd congressional district, which includes densely-populated section of Long Island. The district was strongly Democratic, voting for Barack Obama twice, and for John Kerry and Al Gore over George W. Bush. But in 2016 King’s constituents voted for Donald Trump over Hillary Clinton, 53–44%.