Frustrated Nikki Haley fan trashes her for sucking up to Trump: No better than Kellyanne Conway 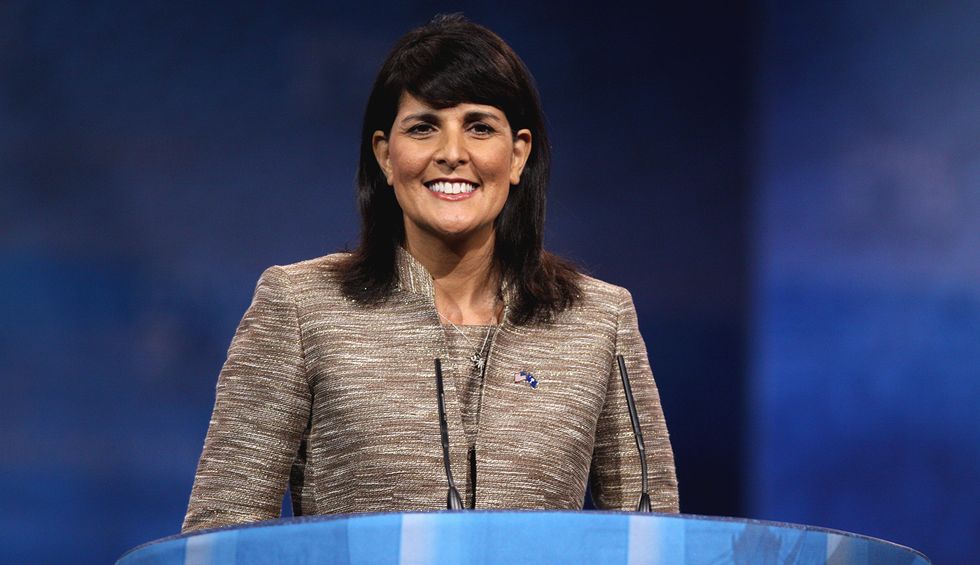 Conservative columnist Matt Lewis expressed extreme disappointment over comments made by former UN Ambassador Nikki Haley over the weekend, where she used what he called “weak” White House talking points in an effort to defend Donald Trump.

Writing in the Daily Beast, Lewis took great pains to point out that he was a huge fan of the Republican Haley who also served as governor of South Carolina.

“Haley addressed the Ukraine quid pro quo in an interview with the Post: ‘Do I think the president did something that warrants impeachment? No, because the aid flowed,’ Haley said. ‘And, in turn, the Ukrainians didn’t follow up with the investigation,'” Lewis wrote, adding, “I’d thought Haley was better than that. I was wrong. She was one of the heroes in my 2016 book, Too Dumb to Fail: How the GOP Went from the Party of Reagan to the Party of Trump. Even after accepting a job in the Trump administration as ambassador to the United Nations, I hoped Haley could walk the tightrope of maintaining her dignity and reputation as a serious conservative while remaining relevant in a party that has become dramatically more populist and nationalistic in the Trump era. ”

Adding to reports that she acknowledged in her new book that other high-level White House staffers and cabinet members were worried that the president was a danger to the country, but she blew them off, Lewis said she has lost credibility with him.

“In making this bogus argument, Haley is parroting the talking points employed by Kellyanne Conway last week,” he wrote. “Although she pulled it off longer than almost anyone else, she’s fallen off. Since going to work for Trump, she has gushed about Turning Point USA’s Charlie Kirk, said she is ‘proud’ of Diamond and Silk, and called Jared Kushner a ‘hidden genius.’ Weak!”

For emphasis, he added, “It’s really hard to take Haley seriously now, as she praises Trump in her book while taking a few cautious shots at specific actions. You can’t cut her much slack, because—unlike some Trump sycophants—it’s clear that Haley knows better, yet is bowing to Trumpism to advance her political career.”

As Lewis sees it, the Republican Party has been severely damaged by Trump and he had hoped that Haley would one day become the face of the GOP and help bring suburban moms back in the fold. But now that, she has become an apologist for an admittedly toxic president, she is forever tainted.

If and when the GOP ever discovers that it has to win over suburban soccer moms to be politically viable, they will wish they had someone like the 2016 version of Nikki Haley to turn to. Maybe she could even help save the country,” he wrote. “Unfortunately, that person no longer exists.”

“What we’re left with is a woman who has alienated those of us who used to respect her, yet will never be crazy enough for those Trump supporters who will never forget (or forgive) who she used to be. It’s a shame. She could have been a hero. Or, at least, a contender,” he concluded.