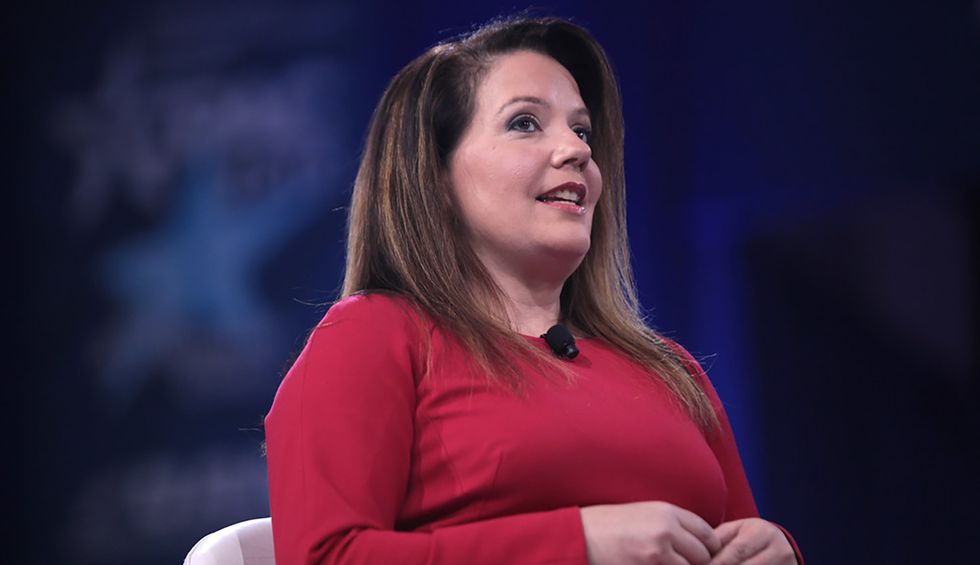 Hemingway, a senior editor for the right-wing website The Federalist, was part of a panel discussion that also included Democratic consultant Philippe I. Reines, who served as a senior adviser to Hillary Clinton when she was secretary of state in the Obama Administration. When Kurtz objected to Hemingway naming the person she thought was the whistleblower on the air, she insisted that the person’s name was “already out there.”

Kurtz, however, stressed that outing a whistleblower could send a “chilling message” to other government whistleblowers in the future. The Fox News host asserted, “I don’t know whether this is actually the person or not, and I don’t want to speculate about that…. But there have been a few conservative outlets and commentators who have floated that name.”

This isn’t the first time someone appearing on Fox News has tried to out a person they believe to be the whistleblower: far-right talk radio host and Trump supporter Lars Larson, appearing on “Outnumbered Overtime” last week, named someone when speaking to host Harris Faulkner. But a Fox News spokesperson told the Daily Beast that the cable news outlet “has not confirmed or independently verified the name of the whistleblower.”

Larson defended his efforts to out the whistleblower, telling the Hollywood Reporter that the “American people deserve to know the name of the man making the accusation that the Democrats hope to use to remove an American president.” But according to the Daily Beast’s Justin Baragona, Fox News has a policy against outing whistleblowers.

Mimi Rocah, a former federal prosecutor who often appears as a legal analyst on MSNBC, has asserted that when Trump demands the outing of the whistleblower, he is engaging in “witness intimidation and retaliation.”

Other legal analysts have asserted that in light of the testimony of various witnesses in the impeach inquiry — including diplomat William Taylor — the whistleblower’s identity is irrelevant at this point, as Taylor and others have verified the allegations in the whistleblower’s complaint. The whistleblower complained that on July 25, Trump tried to pressure Ukrainian President Volodymyr Zelensky into looking for dirt on former Vice President Joe Biden and his son Hunter Biden.

Nonetheless, Trump and many of his supporters continue to obsess over the whistleblower’s identity — including Republican Sen. Rand Paul. At a November 4 MAGA rally in Kentucky, Paul — with Trump at his side — asserted that if journalists were doing their jobs, they would find out who the whistleblower is and out the person.

On Sunday, Hemingway told the Fox News panel, “We could be talking about this reporting and talking about whether that’s accurate reporting or not. So, I feel a little confused why we are pretending it hasn’t already been reported.”