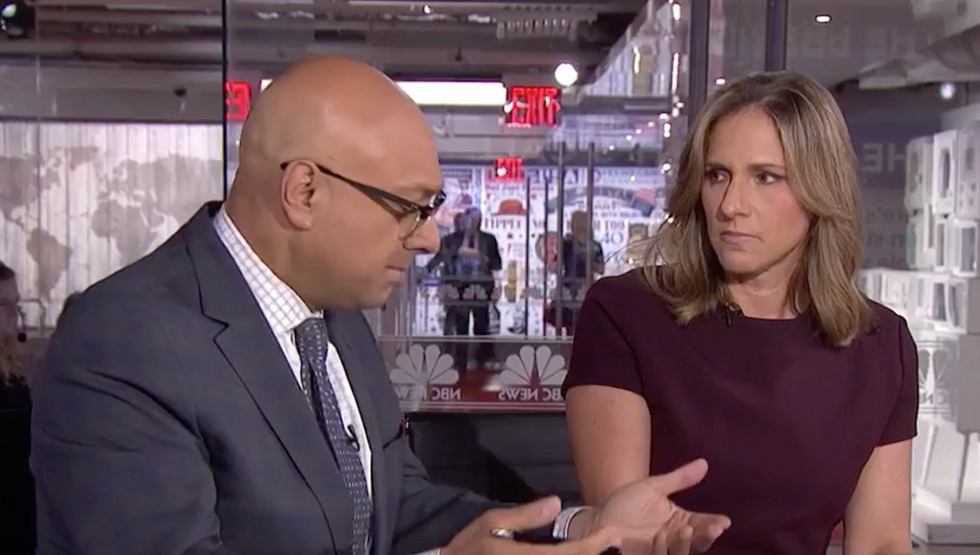 The identity of the federal government whistleblower who made a formal complaint about President Donald Trump’s now-infamous July 25 phone conservation with Ukrainian President Volodymyr Zelensky remains unknown to the general public. Trump continues to demand to know the person’s identity, inspiring former federal prosecutor Mimi Rocah to accuse the president of “witness intimidation” and “retaliation.”

Because of the whistleblower’s complaint, an impeachment inquiry against Trump is now being conducted in the U.S. House of Representatives. House Speaker Nancy Pelosi, previously the Democratic Party’s most prominent impeachment skeptic, came out in support of an impeachment inquiry after learning that on July 25, Trump tried to pressure Zelensky into investigating former Vice President Joe Biden and his son Hunter Biden.

Trump railed against the whistleblower on Sunday, tweeting, “the Whistleblower got it sooo wrong that HE must come forward. The Fake News Media knows who he is but, being an arm of the Democrat Party, don’t want to reveal him because there would be hell to pay. Reveal the Whistleblower and end the Impeachment Hoax!”

After New York Times reporter Maggie Haberman tweeted on Sunday that Trump was continuing to “call for people to identify the whistleblower,” Rocah saw Haberman’s tweet and said of Trump, “this is witness intimidation & retaliation. Period.”

The 49-year-old Rocah, a legal analyst for MSNBC and NBC News, was a federal prosecutor for the Southern District of New York from 2001-2017.

In the tweet that Rocah responded to, Haberman noted that the whistleblower’s “account” of Trump’s conversation with Zelensky has “been mostly verified by testimony before the House by people sympathetic to and critical of Trump.”

The Whistleblower got it sooo wrong that HE must come forward. The Fake News Media knows who he is but, being an ar… https://t.co/NLuyUNTaFd
— Donald J. Trump (@Donald J. Trump)1572791625.0

Attorney Mark S. Zaid, who represents the whistleblower, has said that Republicans are welcome to submit written questions for his client but has stressed that they have no right to demand to know the person’s identify or “undermine” the “integrity of (the whistleblower) system.”