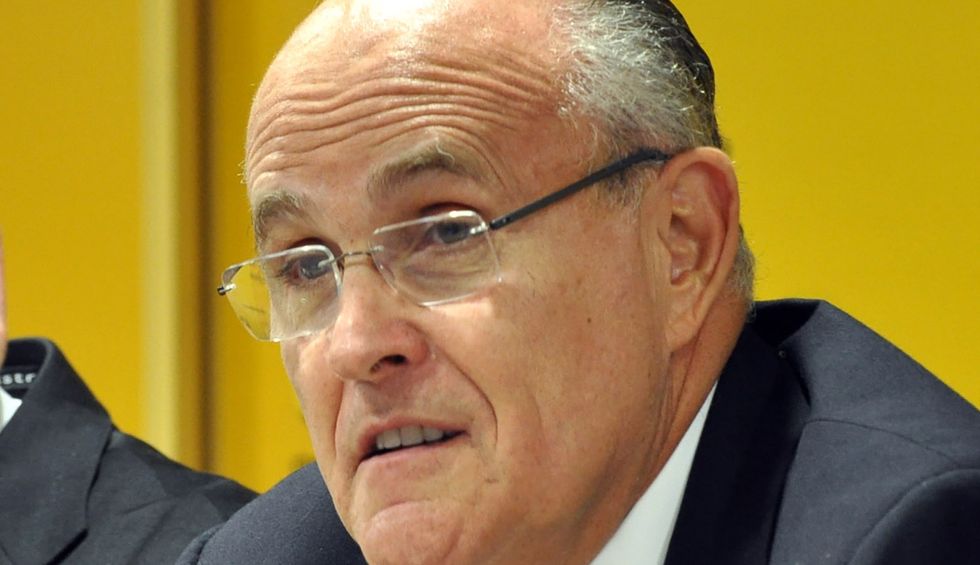 Before he was elected mayor of New York City in 1993, Republican and former Democrat Rudy Giuliani had a reputation for being an aggressive federal prosecutor — and now, the Wall Street Journal reports, federal prosecutors in New York are investigating Giuliani in an effort to determine whether or not he stood to profit from a Ukrainian natural gas business promoted by his associates Lev Parnas and Igor Fruman (both of whom recently pleaded not guilty to campaign finance and conspiracy charges).

According to the Journal’s sources, Parnas and Fruman — when speaking to Ukrainian officials and energy executives this year — promoted their new company and plans for a Poland-to-Ukraine pipeline carrying natural gas from the United States. And the Journal’s Rebecca Davis O’Brien reports that some of the publication’s sources said that Parnas and Fruman asked for assistance on investigations of former Vice President Joe Biden and his connection to Ukraine.

The pipeline, one of the sources told the WSJ, was a project of Parnas and Fruman’s company Global Energy Producers (GEP) — and Giuliani was a partner in the pipeline proposal. But the former New York city major is denying having anything to do with either GEP or the Poland-to-Ukraine pipeline.

On Friday, Giuliani, who is President Donald Trump’s personal attorney, told the Journal, “I have no personal interest in any business in Ukraine, including that business. If they really want to know if I’m a partner, why don’t they ask me?”

Prosecutors allege that Parnas and Fruman, both residents of Florida and U.S. citizens, conspired to send foreign money to U.S. politicians — an allegation they have flatly denied and pled not guilty to.

O’Brien reports that according to WSJ sources, prosecutors are investigating to determine if Giuliani might have violated any lobbying laws in connection with his Ukraine-related activities — which he has said were coordinated with the U.S. State Department.

Giuliani, referring to Parnas and Fruman, told the WSJ, “I don’t know what they said to other people about me. I do know the following: I am not a part of the ownership or any other involvement with GEP. I never agreed to be part of it. I’m not even sure I was ever asked to be part of it.”