Dick's crossed the NRA -- and they hit back hard. Now Dick's has to deal with... the best sales ever 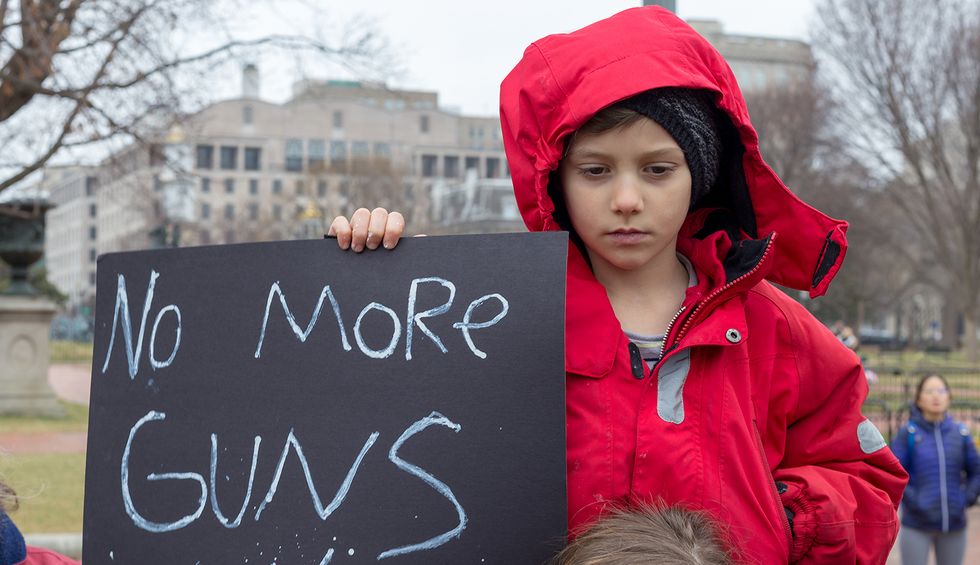 Last year, the Parkland students took on the NRA. All of the adults in the room told them that was futile, because the NRA was just too powerful with their legion of followers. The kids didn’t know any better and took them head on, even when everyone was trying to give them the prerequisite thoughts and prayers.

The student survivors of the massacre found themselves being viciously attacked by the right, but they held marches and rallies across the nation regardless, and intensely targeted the campaigns of cowardly legislators. Their efforts paid off. They got gun safety legislation passed in several states, and then shamed virtually every one of the NRA’s sponsors. The kids showed what many of us have known for years: that the NRA is a paper tiger.

After the Parkland shooting, the CEO of Dick’s Sporting Goods, Ed Stack, promised the kids to stop selling all assault rifles and high-capacity magazines. (There is no reason for anyone outside the military to have these.) But he went further. He worked with Everytown for Gun Safety, he signed a letter endorsing gun safety legislation, hired lobbyists to push Congressional action, and even destroyed $5 million worth of unsold assault rifles. He made it clear that he was standing with the students against the NRA.

The fair and balanced media tried to do what they always do, and warned everyone that Dicks’ awoke a sleeping giant. Oh no, the NRA is going to boycott!! Those always work!  The NRA promised that they would ensure that Dick’s sales would plummet.  Sure enough, the NRA geniuses were out in force with dozens of YouTube videos blowing up $300/$1000 Yeti coolers ---that they had already paid for---to, you know, “own” the libs.

The promised backlash was intense, for about two weeks. After all, Dick’s caters to hunters and outdoorsmen, who tend to be the target audience for the NRA.  It was a bold stand. Then something amazing happened: Dick’s found their sales growing significantly, quarter after quarter after quarter. Their stock skyrocketed, and they have consistently doubled Wall Street expectations this year.

The Pittsburgh-based chain posted its best quarterly sales result in six years Tuesday, with same-store sales up 6% in the company's third quarter. That comes on top of a better than 3% increase in same store sales in the second quarter, executives noted.

"We saw increases in both average ticket and transactions, as well as growth across each of our three primary categories of hardlines, apparel and footwear,” said Edward W. Stack, chairman and chief executive officer. “As we head into the holiday season, we remain very enthusiastic about our business."

Dick’s keeps growing, and their profits keep increasing. I can’t stress enough how bad this looks for the NRA. The one thing they could always count on is to get their minions to mobilize and strong-arm against any action whatsoever to stop gun massacres.  I guess that’s not a thing anymore. The NRA is now a toxic brand, and it’s about damn time.

I’m sure other companies are taking notice.  This new generation of voter is not obsessed with guns, and correctly believes that the gun fetish culture isn’t just sick, but deadly. If your company wants to do business with American terrorists, you do so now at your own risk. The popular thing to do is finally the right thing to do: cut ties with the NRA.

It’s only a matter of time before most politicians will come to that same conclusion.