Billionaires keep benefiting from a tax break to help the poor. Now, Congress wants to investigate. 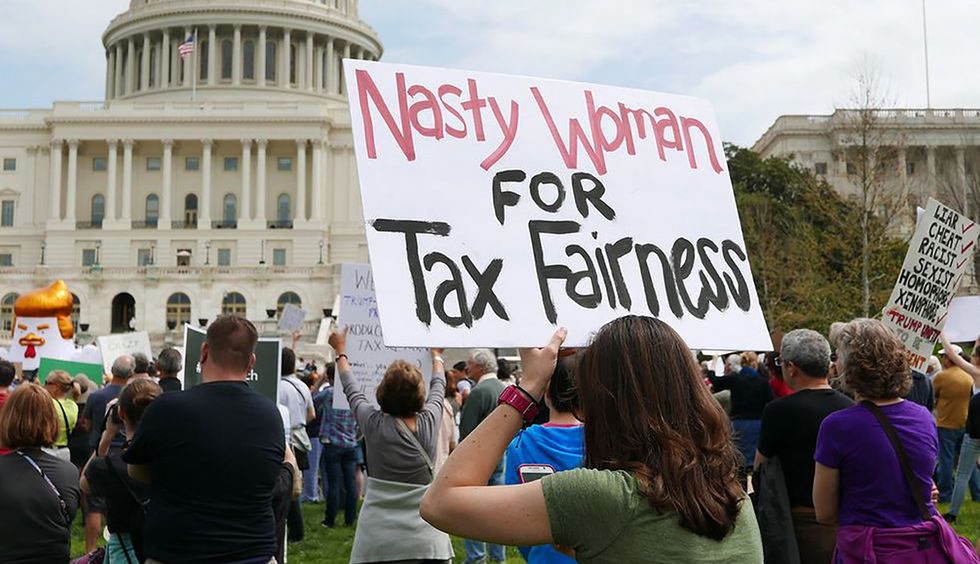 Congress is calling for investigations of and changes to a Trump tax break aimed at helping poor areas of the country in response to reporting by ProPublica and The New York Times showing the program has been exploited by the wealthy and politically connected.

The opportunity zone program, which was part of the 2017 tax law overhaul, was supposed to drive investment toward specially designated low-income neighborhoods. But numerousreportshave highlighted ways in which politically connected individuals have landed opportunity zone designations for areas in which they have a financial stake, sometimes at the expense of poorer areas.

ProPublica’s reporting uncovered instances in Baltimore and Detroit in which billionaires stand to benefit from the break in areas that shouldn’t have qualified for the program in the first place. The Times reported that Treasury Secretary Steven Mnuchin had intervened to get a tract added to the program that included land owned by a billionaire investor.

Sen. Ron Wyden, D-Ore., introduced a bill this week that would significantly narrow the scope of the program. It would remove hundreds of areas that the original legislation allowed to benefit from the break even though they were not poor, including the two areas of Detroit and Baltimore that ProPublica identified. It would also vastly increase the reporting requirements for those taking advantage of the break and narrow the kinds of investments that would be eligible to receive it.

“The Opportunity Zone program has been troubled from the start,” Wyden said in a statement. “The Treasury Department has been steering potentially billions in tax breaks to Donald Trump’s friends, and there are no safeguards to ensure taxpayers are not simply subsidizing handouts for billionaires with no benefit to the low-income communities this program was supposed to help.”

In recent days, Democratic presidential candidate Sen. Cory Booker, a vocal backer of the program since its inception, and Reps. Emanuel Cleaver and Ron Kind also called on the Treasury’s inspector general toreview the program, citing the ProPublica and New York Times stories. Their letter requests a review of all opportunity zones to ensure they comply with the eligibility requirements of the program.

Sen. Bernie Sanders, I-Vt., recently announced that, if elected president, he would seek to scrap the opportunity zone program altogether. “This is corruption and corporate greed, and it is unacceptable,” he said, citing ProPublica’s Detroit story and other reporting.

Other lawmakers, including House Ways and Means Committee Chairman Richard Neal, requested the Government Accountability Office review the program and “identify any Opportunity Zones that do not meet the statutory criteria and explain how and why they were designated.”

The White House didn’t immediately respond to a request for comment. But this year at an event in Washington, President Donald Trump praised the program. “Across the country, our tax cuts have kicked off a race to invest in Opportunity Zones beyond anything that anybody in this room even thought,” he said.

In June, ProPublica and WNYC reported on an opportunity zone in Baltimore largely owned by Under Armour founder Kevin Plank’s private development company. Maryland Gov. Larry Hogan picked the area for the program after a meeting with Plank’s lobbyists, despite a member of his own staff noting that it was too wealthy to qualify for the program. Both Hogan and Plank’s team have said the development will benefit a neglected part of the city and help the surrounding communities.

Last month, ProPublica published a report showing that Quicken Loans founder Dan Gilbert stands to benefit from the program in wealthy areas of downtown Detroit, including one area that shouldn’t have qualified for the program. Internal emails showed that Gilbert’s representatives communicated with officials at the local, state and federal levels about the program prior to the areas being designated as opportunity zones. Quicken denies that the company lobbied the Treasury Department to make any particular areas eligible for the program.

The New York Times reported last month on how Mnuchin personally intervened in the Treasury’s implementation of the law to include the Nevada tract where billionaire Michael Milken owns land. The Times published an internal IRS memo objecting to the move. Mnuchin has said he didn’t know about Milken’s investments when he got involved in the case.

Experts have raised significant issues with the program since it was included in the Tax Cuts and Jobs Act in 2017. The program offers a break to investors on their capital gains taxes if they plow that money into poor neighborhoods.

Some public policy experts argue that tax breaks that target geographic areas, rather than the people living in them, are fundamentally flawed. Money can too easily flow into investments with no tangible benefit for existing residents, such as luxury housing, they say.

“What we are seeing is big high-end investment in real estate, and that is not going to benefit poor people in poor places,” said Timothy Weaver, a professor of political science at SUNY Albany who has studied past place-based tax incentives. Instead, Weaver said, the foregone revenue would be better spent on things like parks, libraries and schools that improve the lives of current residents.

In addition, the program currently lacks transparency or a mechanism for determining its effectiveness. Opportunity zone funds self-certify on their private tax forms that they are in compliance with the program. There is no mechanism for informing the public in any detail about who is using the tax break or for what purpose. The Treasury Department is working on final regulations, but there is no clear sign it will include sufficient transparency and reporting requirements.

The Wyden bill takes aim at many of these issues, though it leaves the overall tax break intact. It seeks to eliminate the break for overly wealthy areas and to exclude certain kinds of investments — such as residential projects that don’t include affordable housing — from the program. It also would amp up the reporting process by requiring opportunity zone funds to post information about their investments publicly, and it directs the Government Accountability Office to evaluate the program’s effects after a period of time.

The proposal stops short of empowering a government agency to direct investments to projects that fit the objectives of the program, as is the case with some other place-based initiatives. It also doesn’t ensure the community must benefit from opportunity zone investments by imposing any requirements that projects employ or house local residents.