Big tech is racing down the path toward quantum supremacy 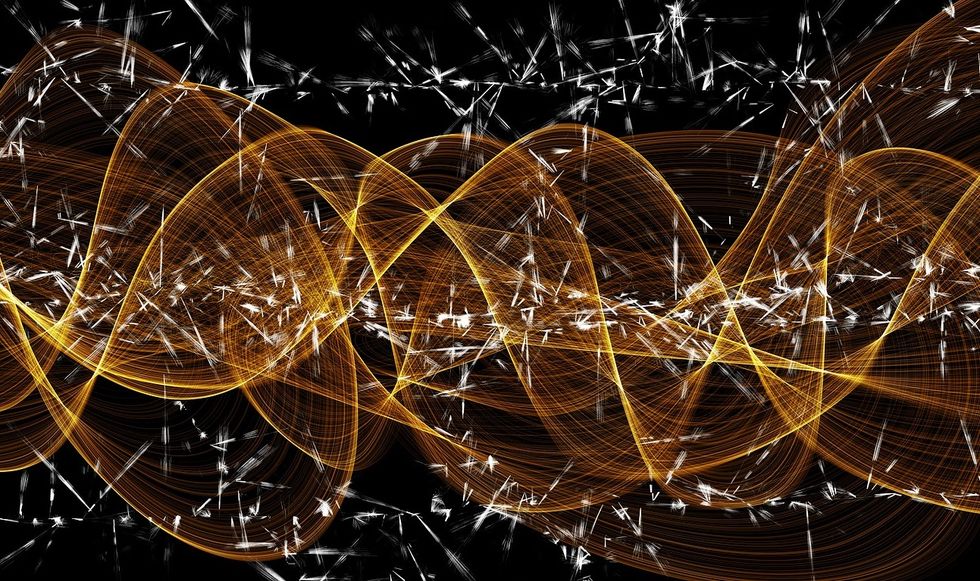 Google’s quantum supremacy claim has now been disputed by its close competitor IBM. Not because Google’s Sycamore quantum computer’s calculations are wrong, but because Google had underestimated what IBM’s Summit, the most powerful supercomputer in the world, could do. Meanwhile, Google’s paper, which had accidentally been leaked by a NASA researcher, has now been published in the prestigious science journal Nature. Google’s claims are official now, and therefore can be examined in the way any new science claim should be examined: skeptically until all the doubts are addressed.

Previously, I have covered what quantum computing is, and in this article, I will move on to the key issue of quantum supremacy, the claim that IBM has challenged and what it really means. IBM concedes that Google has achieved an important milestone, but does not accept that it has achieved quantum supremacy.

IBM refuted Google’s claim around the same time as Google’s Naturepaper was published. Google had claimed that IBM’s supercomputer, Summit, would take 10,000 years to solve the problem Google’s Sycamore had solved in a mere 200 seconds. IBM showed that Summit, with clever programming and using its huge disk space, could actually solve the problem in only 2.5 days. Sycamore still beat Summit on this specific problem by solving it 1,100 times faster, but not 157 million timesfaster, as Google had claimed. According to IBM, this does not establish quantum supremacy as that requires solving a problem a conventional computer cannot solve in a reasonable amount of time. Two and a half days is reasonable, therefore—according to IBM—quantum supremacy is yet to be attained.

The original definition of quantum supremacy was given by John Preskill, on which he now has second thoughts. Recently he wrote, “... supremacy, through its association with white supremacy, evokes a repugnant political stance. The other reason is that the word exacerbates the already overhyped reporting on the status of quantum technology.”

Regarding IBM’s claim that quantum supremacy has not yet been achieved, Scott Aaronson, a leading quantum computing scientist, wrotethat though Google should have foreseen what IBM has done, it does not invalidate Google’s claim. The key issue is not that Summit had a special way to solve the specific quantum problem Google had chosen, but that Summit cannot scale: if Google’s Sycamore goes from 53 to 60 qubits, IBM will require 33 Summits; if to 70 Qubits, a supercomputer the size of a city!

Why does Summit have to increase at this rate to match Sycamore’s extra qubits? To demonstrate quantum supremacy, Google chose the simulation of quantum circuits, which is similar to generating a sequence of truly random numbers. Classical computers can produce numbers that appear to be random, but it is a matter of time before they will repeat the sequence.

The resources—disk space, memory, computing power—classical computers require to solve this problem, in a reasonable time, increase exponentially with the size of the problem. For quantum computers, adding qubits linearly—meaning, simply adding more qubits—increases computing capacity exponentially. Therefore, just 7 extra qubits of Sycamore means IBM needs to increase the size of Summit 33 times. A 17-qubit increase of Sycamore needs Summit to increase by thousands of times. This is the key difference between Summit and Sycamore. For each extra qubit, a conventional computer will have to scale its resources exponentially, and this is a losing game for the conventional computer.

We have to give Google the “victory” here, not because IBM is wrong, but because the principle of quantum supremacy, that a quantum computer can work as designed, solve a specific problem, and beat a conventional computer in computational time has been established. The actual demonstration—a more precise definition of reasonable time and its physical demonstration—is only of academic value. If 53 qubits can solve the problem, but with IBM’s Summit still in the race, even if much slower, it is just a matter of time before it is well and truly beaten.

Of course, there are other ways that this particular test could fail. A new algorithm can be discovered that solves this problem faster, starting a fresh race. But the principle here is not a specific race but the way quantum computing will scale in solving a certain class of problems that classical or conventional computers cannot.

The key issue in creating viable quantum computers should not be confused with a race between classical computers and the new kid on the block. If we see the race as between two classes of computers only in terms of solving a specific problem, we are missing the big picture. It is simply that for classical computers, the solution time for a certain class of problems increases exponentially with the size of the problem, and beyond a certain size, we just can’t solve them in any reasonable time. Quantum computers have the potential to solve such large problems requiring exponential computing power. This opens a way to solve these classes of problems other than the iffy route of finding new algorithms.

Are there such problems, and will they yield worthwhile technological applications? The Google problem, computing the future states of quantum circuits, was not chosen for any practical application. It was simply chosen to showcase quantum supremacy, defined as a quantum computer solving a problem that a classical computer cannot solve in a reasonable time.

Recently, a Chinese team led by Pan Jianwei has published a paper that shows another problem—a Boson sampling experiment with 20 photons—can also be a pathway to show quantum supremacy. Both these problems are constructed not to showcase real-world applications, but simply to show that quantum computing works and can potentially solve real-world problems.

What are the classes of problems that quantum computers can solve? The first are those for which the late Nobel laureate Richard Feynman had postulated quantum computers as a simulation of the quantum world. Why do we need such simulations, after all, we live in the macro-world in which quantum effects are not visible? Though such effects may not visible to us, they are indeed all around us and affect us in different ways.

A number of such phenomena arise out of the interaction of the quantum world with the macro-world. It is now clear that using classical computers we cannot simulate, for instance, protein folding, as it involves the quantum world intersecting with the macro-world. A quantum computer could simulate the probability of how many possible ways such proteins could fold and the likely shapes they could take. This would allow us to build not only new materials but also medicines known as biologics. Biologics are large molecules used for treating cancer and auto-immune diseases. They work due to not only their composition but also their shapes. If we could work out their shapes, we could identify new proteins—or new biological drug targets; or complex new chemicals for developing new materials. The other examples are solving real-life combinatorial problems such as searching large databases, cracking cryptographic problems, improved medical imaging, etc.

The business world—IBM, Google, Microsoft—is gung-ho on the possible use of quantum computers for such applications, and that is why they are all investing in it big time. Nature reported that in 2017 and 2018, at least $450 million was invested by venture capital in quantum computing, more than four times more than the preceding two years. Nation-states, notably the United States and China, are also investing billions of dollars each year.

But what if quantum computers do not lead to commercial benefits—should we then abandon them? What if they are useful only for simulating quantum mechanics and understanding that world better? Did we build the Hadron Collider—investing $13.25 billion, and with an annual running cost of $1 billion—only because we expected discoveries that will have commercial value? Or, should society invest in knowing the fundamental properties of space and time including that of the quantum world? Even if quantum computers only give us a window to the quantum world, the benefits would be knowledge.

What is the price of this knowledge?