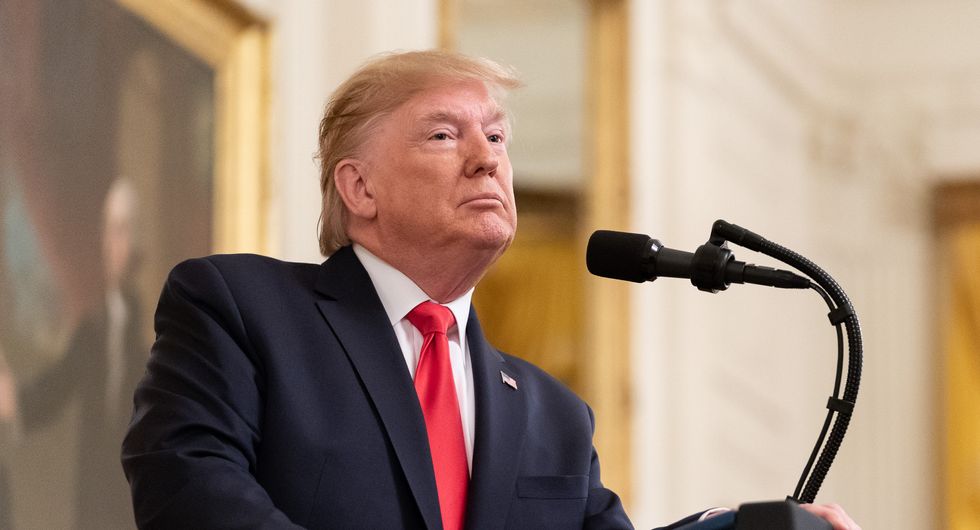 A new book by the anonymous Trump administration official who wrote the famous New York Times op-ed detailing a "resistance" to the president with the government is set to be released soon, and the Washington Post has obtained an early copy. It published an article describing the controversial book, which the White House called a "work of fiction."

It's hard to know how seriously to take the book or its author. There's little reason to doubt that the opinion editors at the Times genuinely published the writing of an actual administration official, but without a more rigorous reporting operation behind the book, we shouldn't be confident its contents aren't exaggerated or even perhaps fabricated at times.

The official defended their decision to stay anonymous — though not persuasively — and suggested they might eventually come forward, the Post reported:

“I have decided to publish this anonymously because this debate is not about me,” the author writes. “It is about us. It is about how we want the presidency to reflect our country, and that is where the discussion should center. Some will call this ‘cowardice.’ My feelings are not hurt by the accusation. Nor am I unprepared to attach my name to criticism of President Trump. I may do so, in due course.”

More interestingly, the author admitted that the central thesis of the original Times column was mistaken:

“I was wrong about the ‘quiet resistance’ inside the Trump administration. Unelected bureaucrats and cabinet appointees were never going to steer Donald Trump the right direction in the long run, or refine his malignant management style. He is who he is.”

This passage, however, undermines the argument for staying anonymous. It would make sense to say that, while the truth about Trump should be made public, a high-ranking official who is concerned about the president's conduct would be best to stay anonymous and therefore retain a position to mitigate the damage coming from the White House. But if Trump can't be mitigated, why stay anonymous? Cowardice, indeed, seems like the most natural explanation.

The book also suggests that other officials in the administration are disturbed by Trump. For example, it recounted:

Senior Trump administration officials considered resigning en masse last year in a “midnight self-massacre” to sound a public alarm about President Trump’s conduct, but rejected the idea because they believed it would further destabilize an already teetering government, according to a new book by an unnamed author.

The book contains a handful of startling assertions that are not backed up with evidence, such as a claim that if a majority of the Cabinet were prepared to remove Trump from office under the 25th Amendment, Vice President Pence would have been supportive.

But these claims warrant the most skepticism. (Pence has denied the specific allegation.) A single person can always misunderstand a situation or make faulty inferences about others' intentions, so relying on this account to draw conclusions about other officials is dicey business.

Some of the book, however, rings true. It said that the president is suspicious of coups, doesn't like staffers taking notes, and once yelled at an aide who was writing something down during a meeting. This is reminiscent of a section of the Mueller Report in which Trump questioned White House Counsel Don McGahn's taking of notes. The book also said that officials sometimes wake up "in a full-blown panic" to discover Trump has tweeted something explosive that they need to clean up — this is something we have all seen many times. It also says Trump has a habit of being condescending and misogynistic toward women who work for him, which is hardly surprising and gives a devastating account of his mental health that is consistent with his public appearances:

“All I can tell you is that normal people who spend any time with Donald Trump are uncomfortable by what they witness. He stumbles, slurs, gets confused, is easily irritated, and has trouble synthesizing information, not occasionally but with regularity. Those who would claim otherwise are lying to themselves or to the country.”

But this just raises the question: If the most reliable parts of the book are the things we can already assume are true, what's the point?