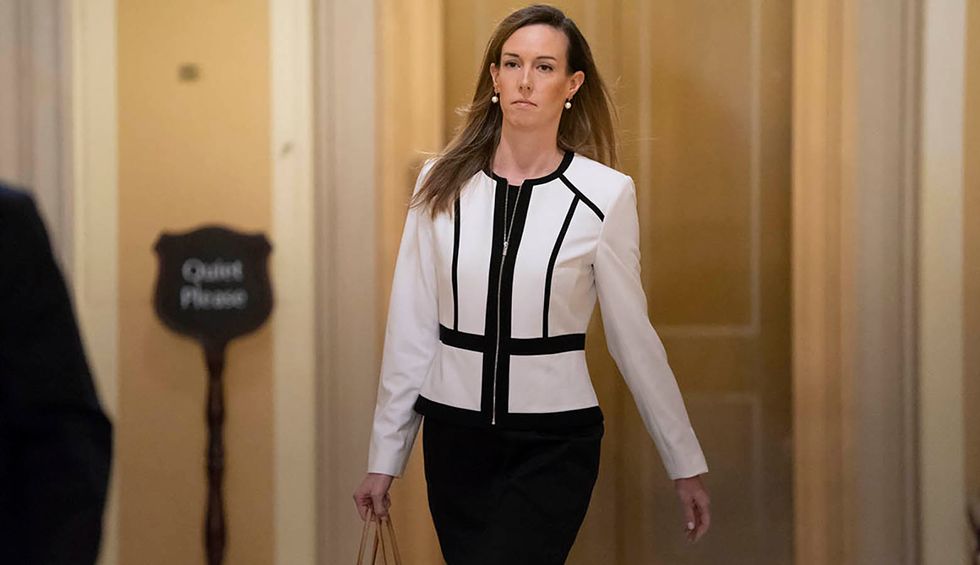 With all the White House officials who have refused to appear before the House impeachment inquiry in the last week, it’s interesting that on Thursday morning one of the people who actually showed up is Jennifer Williams, a top aid to Mike Pence.

The primary reason that Williams’ testimony is being sought is that she was one of the officials who was listening in on Donald Trump’s July 25 phone call to Ukrainian President Zelensky. With the White House provided “transcript” being incomplete, if not inaccurate, previous testimony from NSC official Alexander Vindman indicating that key phrases making it clear Trump was seeking dirt on Joe Biden being omitted from the document, Williams is sure to be asked about details of that conversation. Despite the number of who have testified, Williams is just the third person who actually listened in on that July 25 call.

However, much of the questioning directed at Williams is likely to be focused on her role as a foreign policy adviser to Pence. Williams has a long history in the foreign service and serves as Pence’s expert on Russia and Eastern Europe. Trump had previously made statements that more attention should be given to calls Pence made to Ukraine—which were taken by some as signs that Trump was seeking to blame Pence for actions taken in Ukraine. However, the content of Pence’s calls to Ukraine have still not been made available.

On Wednesday, under secretary of State David Hale appeared before the inquiry, despite a standing State Department order not to cooperate. Hale’s testimony was reportedly centered around why Secretary of State Mike Pompeo refused to defend Ambassador Marie Yovanovitch when she came under attack from Rudy Giuliani and others.

Thursday is also the day that John Bolton is scheduled to appear before the inquiry. However, there has been no sign of the former National Security Advisor and the fact that Bolton was allotted only thirty minutes on the Thursday schedule is a good sign that he is not expected to appear.