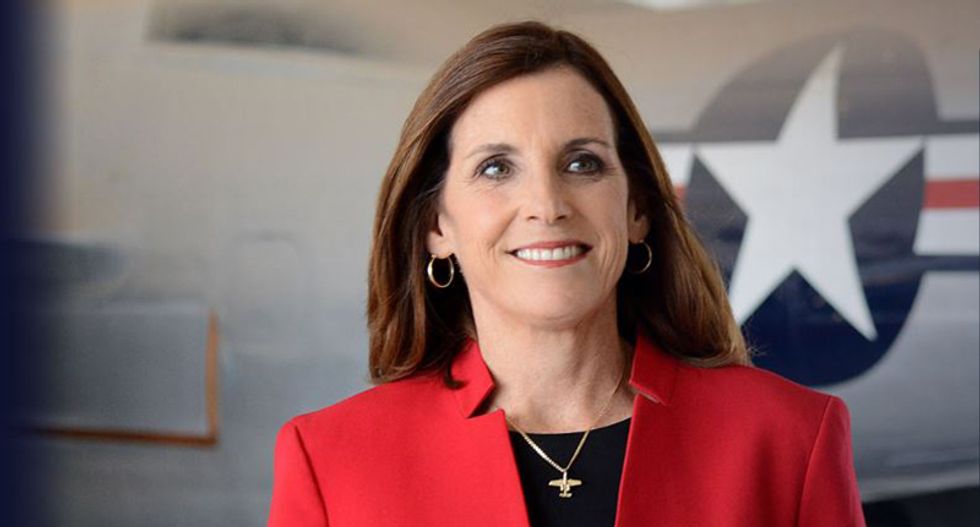 Incumbent Republican senators in swing states and blue states find themselves caught between a rock and a hard place. On one hand, criticizing President Donald Trump can result in a burdensome GOP primary battle; on the other hand, being perceived as pro-Trump can be the kiss of death in places where Trump is unpopular. And according to a report by Eli Yokley for Morning Consult’s website, things aren’t getting any better for incumbent GOP senators who are considered vulnerable in the 2020 election.

Morning Consult releases its Senate Approval Rankings on a quarterly basis; the latest, Yokley notes, is “based on nearly 534,000 responses from registered voters collected July 1 through September 30.” And Yokley reports, “Republicans representing Colorado, Arizona, North Carolina, Maine and Iowa all saw their net approval — the share of voters who approve of a senator’s job performance minus the share who disapprove — decline between the second and third quarters of 2019.”

Trump is still popular in red states among his hardcore MAGA base. But swing states and — even worse for Republicans — blue states are where Trumpism has become a headache for Republican senators seeking reelection. And the bad news for GOP incumbents during that July 1-September 30 period includes declines of 9% for Sen. Joni Ernst of Iowa, 2% for Sen. Susan Collins of Maine, 3% for Sen. Cory Gardner of Colorado, 1% for Sen. Martha McSally of Arizona and 3% for Sen. Thom Tillis of North Carolina.

As split-ticket voting continues to decline, the latest rankings show Trump continues to be a drag on Republican incumbents. In Arizona, Colorado, Georgia, Iowa, Maine, North Carolina and Texas, Trump’s net approval with registered voters is worse than that of the incumbent Republican, by double digits in several cases.

Democratic strategists realize that trying to achieve a majority in the U.S. Senate in 2020 will be a heavy lift, but it isn’t out of reach. In order to retake the Senate, Democrats will need to flip at least four GOP-held seats while keeping all of the seats they are defending. If Ernst, Collins, Gardner and McSally all lost to Democrats and Democrats didn’t lose any seats, the Senate would be controlled by Democrats come January 2021 — and possibly, Sen. Chuck Schumer rather than Sen. Mitch McConnell would be the Senate majority leader.