White House aides frantic to dump Giuliani before he further damages Trump: 'It's so messed up' 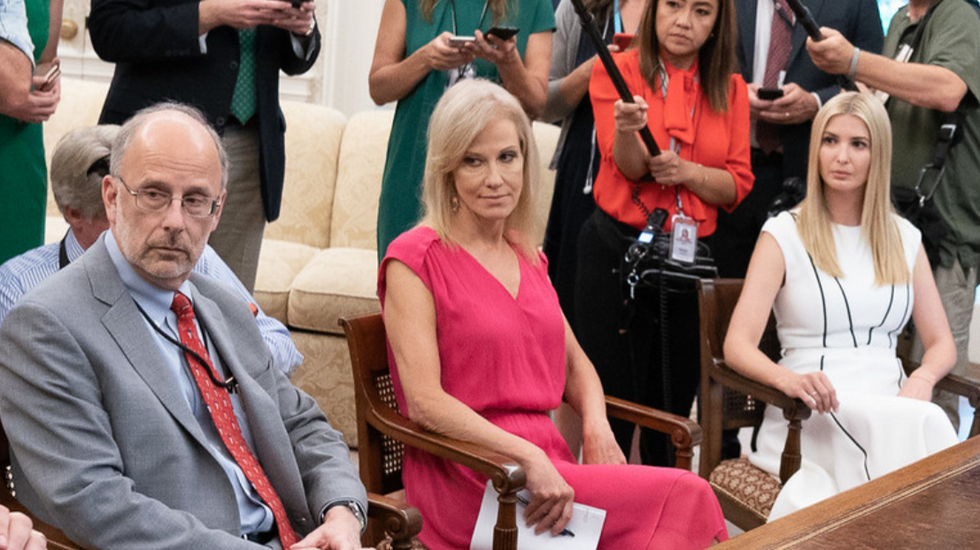 According to a report from Politico, aides to Donald Trump want Rudy Giulini to just go away as his legal problems swamp him and he continues to damage his own case by going on TV and melting down.

Summing up the former New York mayors relationship with the president, one Trump adviser stated, "Rudy right now needs to focus on himself and not Ukraine.”

"For weeks, prominent Republican advisers have been privately imploring President Donald Trump to sideline Rudy Giuliani after a barrage of inconsistent, combative and occasionally cringe-inducing media interviews, according to three people familiar with the conversations," Politico reports, adding. "The constant sniping from staff could ultimately force Trump to dump his long-valued fixer, as he has done with former personal lawyer Michael Cohen and countless other ousted officials, like ex-Attorney General Jeff Sessions and former chief strategist Steve Bannon."

With one Trump adviser saying, "Rudy Giuliani needs to stop talking,” some in the White House feel that even if Trump pushes Giuliani away, he won't leave.

On Friday, Trump seemed to start putting distance between himself and his on-again, off-again attorney, telling reporters, "I spoke to him yesterday, briefly. He's a very good attorney and he has been my attorney."

According to one former White House official who helped President Bill Clinton with his impeachment inquiry, Trump has only himself to blame for using Giuliani who now has his own legal problems that may consume him before the House finishes with the president.

“It’s so messed up,” Dan Goldberg explained. “You’d think a president would want to have competent counsel if you’re talking about fighting for your political life. We’re so far not seeing that with the caliber he’s been using.”

According to Michael Gerhardt, a University of North Carolina law professor, Giuliani's only purpose at the moment is to go on TV and that seems to backfiring.

“That’s helping facilitate the political arguments the president is making,” he said. “But at some point, if impeachment gets any traction, you’re going to need somebody that can speak more clearly and more powerfully with respect to the different points of the impeachment articles that may be drafted and ratified.”

"I think he’s massively hurting,” the aide confided. “His TV appearances are so confused and contradictory, he’s creating an impression of internal chaos.”

“He’s inarticulate,” added a Republican who is close with Trump. “Rudy hurts the president with inconsistent, confusing messages.”