'What a disaster': Fox & Friends' Brian Kilmeade battles his co-hosts after they defend Trump's decision to 'abandon our allies' in Syria 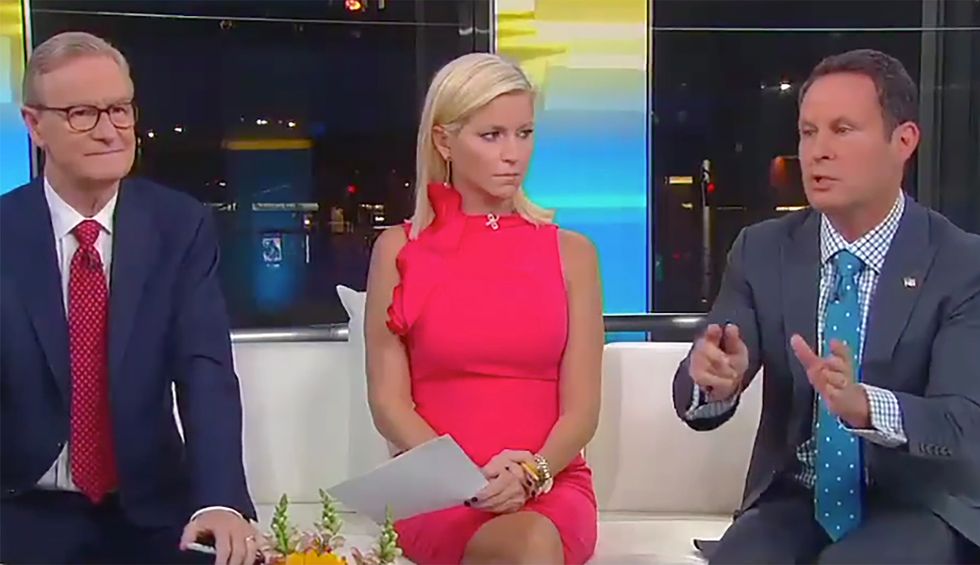 Brian Kilmeade, a co-host of “Fox & Friends,” on Monday ripped Donald Trump’s decision to pull U.S. troops out of northern Syria and allow Turkey to take control of the region, accusing the president of “abandoning” our allies, the Kurds.

“What a disaster,” Kilmeade said, discussing the news with co-hosts Steve Doocy and Ainsley Earhardt. Turning to a statement released by White House Press Secretary Stephanie Grisham that claimed we’ve “defeated the caliphate,” Kilmeade continued: “You know, we wouldn’t have done that without the Kurds, who did all of our fighting.”

“Now we’re saying, ‘Okay, Turks. Go wipe them out, or force them out.’ What kind of message is that to the next ally that wants to size with us?” Kilmeade asked.

Noting that the White House said it will turn captured ISIS fighters over to Turkey, Kilmeade lamented “a disastrous series of events.”

“I hope the president will rethink this,” he said.

Doocy suggested that Trump is doing “exactly what he wants to," arguing the president "made it very clear from the get-go, campaign promise—“

“And abandon our allies?” Kilmeade pressed. “Abandon the people that got the caliphate destroyed?”

As Earhardt and Doocy insisted Turkey is willing to take over the fight against ISIS, Kilmeade pushed back.

“Turkey’s not going to fight ISIS!” He said. “… Again, we’re abandoning our most loyal allies who did all the [fighting]. All we did is arm them and they did all the work. And now we say, 'Good luck, good luck surviving!'”

“Well, it looks like the tactic the White House and the president is going to take,” Doocy said.

As Doocy asked for the audience to e-mail the show with thoughts on the U.S. pulling out and allowing Turkey to take over in northern Syria, Kilmeade again interjected: “Abandon!”

Brian Kilmeade fights with his co-hosts over Trump throwing Syrian Kurds under the bus: "What kind of message is th… https://t.co/fN0vmzyz0p
— Bobby Lewis (@Bobby Lewis) 1570448259.0