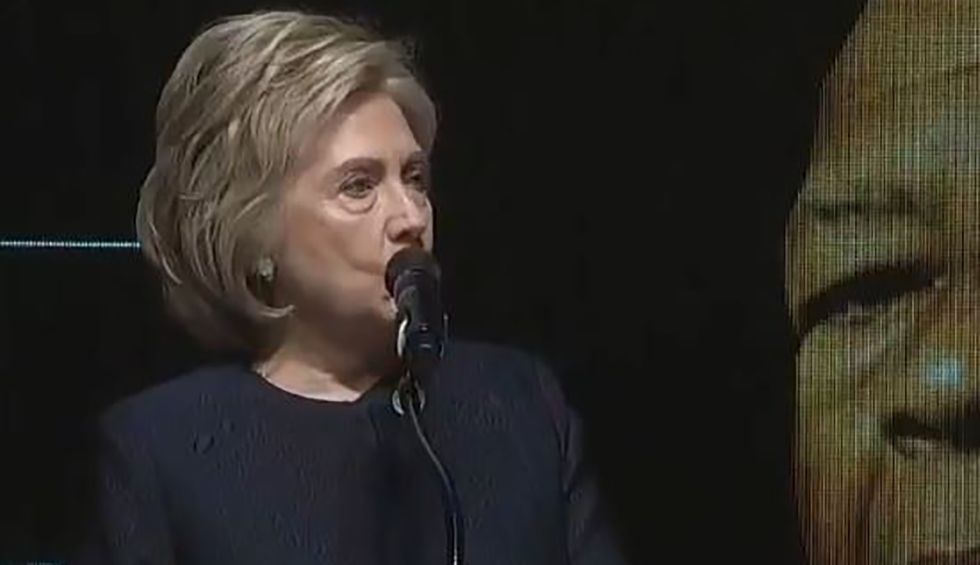 Former U.S. Secretary of State and Senator Hillary Clinton delivered a venerable yet uproarious eulogy Friday morning at the funeral of Chairman Elijah Cummings, and took a few moment out to biblically blast President Donald Trump, to great applause.

“Like the prophet, our Elijah could call down fire from heaven—but he also prayed and worked for healing,” Clinton told the audience of statesmen, dignitaries, and lawmakers. “Like that Old Testament prophet, he stood against corrupt leadership of King Ahab and Queen Jezebel.”

Yes, the former Democratic presidential nominee used her Bible tom take a swing at President Trump. King Ahab is seen in the Bible as wicked and corrupt.

Hillary Clinton on Elijah Cummings: "Like the prophet, our Elijah could call down fire from heaven—but he also pray… https://t.co/ijtK2is5fT
— ABC News Politics (@ABC News Politics)1572014654.0

Clinton also told attendees Chairman Cummings “had little tolerance for those who put party ahead of country or partisanship above truth.”

HUGE applause when Hillary Clinton made this theological zinger at Elijah Cummings' funeral: "It is no coincidence… https://t.co/ZFcpK38Byi
— Jack Jenkins (@Jack Jenkins)1572015175.0

😍 Secretary @HillaryClinton went there. She said that Congressman @RepCummings , was like his namesake the Prophet… https://t.co/t7id9yqAXq
— Jennifer Taub (@Jennifer Taub)1572014597.0