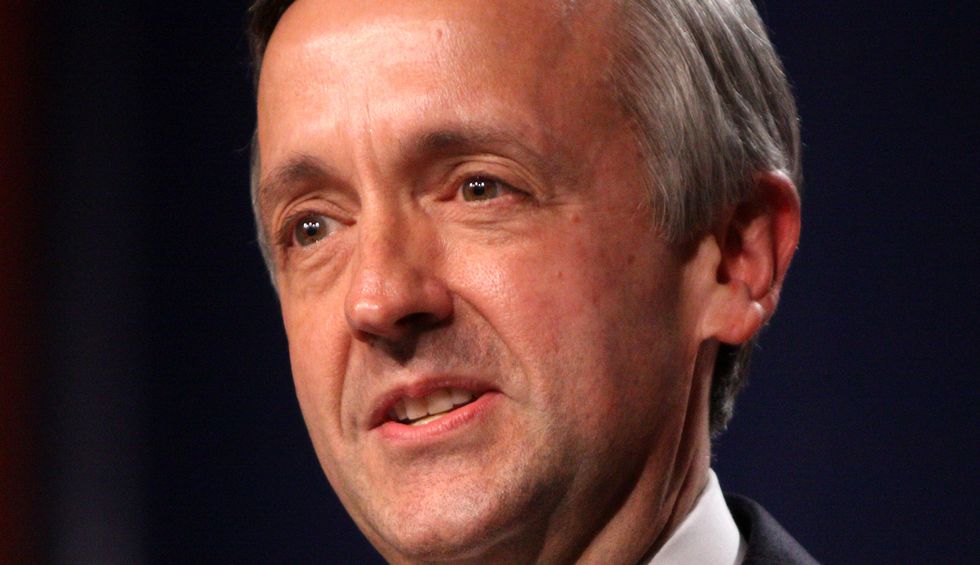 President Donald Trump’s top religion advisor Dr. Robert Jeffress has some news for the millions of Democratic voters who happen to be Christians: You are not.

Dr. Jeffress, who sits on President Trump’s Evangelical Advisory Board and even led a private pre-inauguration sermon for the Trump and Pence families hours before the president was sworn in, was not shy about his feelings on Christian Democrats.

On Monday, as Right Wing Watch reports, Jeffress declared that the god Democrats actually “worship is the pagan god of the Old Testament, Moloch.”

Jeffress, who came under fire over the weekend after President Trump quoted him saying if Democrats impeach the president there will be “Civil War,” spoke with fellow right wing Christian extremist Todd Starnes of Fox News.

Calling President Trump “the most pro-life, pro-religious liberty, pro-Israel, pro-conservative judiciary president we have ever had,” Jeffress warned, “if the left ever regains control of this country again, our nation is finished.”

“Look, I believe that,” Starnes responded. “Based on some of the legislation they’re trying to shove down the throats of the good people of California. And then with this Equality Act,” Starnes, a vehemently anti-LGBTQ activist, added, “that Nancy Pelosi and her cronies are after, I have no doubt that they want to go after and target Christians.”

“I believe that if the left ever gets in control again,” Jeffress told Starnes, “they are going to come after conservatives with a vengeance.”

Jeffress is the senior pastor of a 13,000 member Dallas megachurch and a Fox News contributor.

He then mockingly attacked “sanctimonious Nancy Pelosi” for encouraging Americans to pray for President Trump, as she repeatedly has said she does.

Jeffress continued his attacks, saying the Speaker of the House “reminds me of an arsonist, a pyromaniac with a match in his hand about to set a building on fire, saying, ‘Now pray with me that the destruction I’m about to cause isn’t too severe.’”

“If Nancy Pelosi is sincere about bringing this nation together, she will drop this impeachment effort,” he said, ignoring polls that find a strong majority of Americans favor impeaching President Trump.

“Apparently,” Jeffress continued, “the god they worship is the pagan god of the Old Testament, Moloch, who allowed for child sacrifice.”

“The God of the Bible doesn’t sanction the killing of millions and millions of children in the womb. I think the god they are worshiping is the god of their own imagination.”

Jeffress has condemned Judaism, Catholicism, Islam, and various forms of Christianity including Mormonism as not “true” religions.