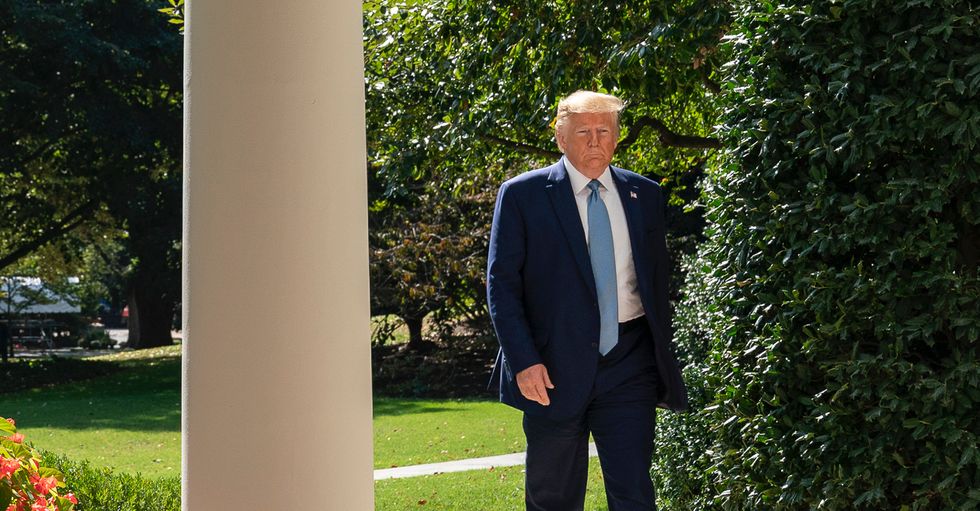 The rapid gain in public support for the impeachment of Donald Trump is already pretty stunning. A Politico/Morning Consult poll released this week found a majority of voters—51%—now support an impeachment inquiry into Trump (a plurality of 46%-43% also support impeachment proceedings against Trump, a step beyond an inquiry). The spike in support for taking some sort of impeachment action against Trump continues in poll after poll. A USA TODAY/Ipsos poll released this week also found a plurality of Americans favor a vote to impeach Trump, 45%-38%, with a similar plurality favoring a Senate conviction, 44%-35%.

But part of what's interesting about these polls is that in many of them, Democrats are still a little leery of impeachment—likely for political reasons rather than actual reservations about Trump's removal. For instance, a YouGov Blue poll conducted for the Progressive Change Institute and released Wednesday found that "a third of voters who oppose impeachment actually agree that Trump committed high crimes, but are concerned that it would hurt Democrats politically."

A CNBC poll released this week showing Trump's approval rating at an all-time low (37%) saw parallel phenomenon among Democrats on impeachment. The poll, conducted last week, showed support for impeachment was still slightly underwater (47% against, 44% approving), but 92% of conservative Republicans opposed impeachment while just 79% of liberal Democrats favored it.

CNBC pollster Jay Campbell told Cook Political Report that the differential in support between liberals and conservatives means there's “a good bit more room for 'growth' on the left than on the right.”

Trump, Campbell said, is “close to his ceiling for those who will be against impeachment. Since this on the fence group is slanted against him in general and conservative Reps are already 'maxed out' in their opposition, it seems like the only place for impeachment support to go is up.”

Add to that the fact that most of these polls were actually conducted last week before Trump publicly solicited help from China in winning the 2020 election, not to mention the release of the tranche of texts between Trump diplomats demonstrating that Trump absolutely withheld military aid from Ukraine to pressure the country into investigating his political rival Joe Biden.