Trump is lying about his 'greatest and biggest' trade deal, of course 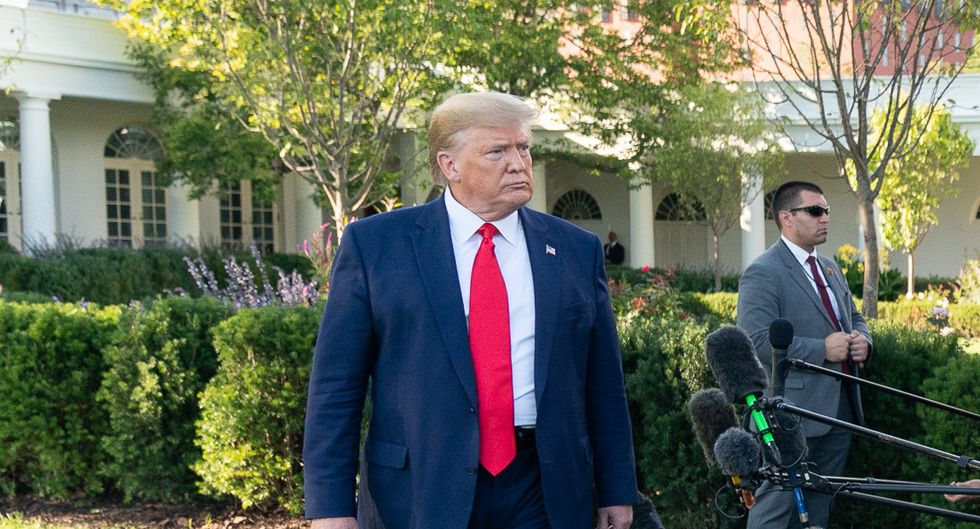 President Donald J. Trump talks to members of the press on the South Lawn of the White House Thursday, Oct. 10, 2019, prior to boarding Marine One to begin his trip to Minnesota. (Official White House Photo by Joyce N. Boghosian)
Daily Kos
October 14, 2019

You can save yourself some time by assuming that everything that comes out of Donald Trump's mouth is a lie. His declaration that a new trade deal with China is the "greatest and biggest deal ever made for our Great Patriot Farmers in the history of our Country," in addition to being a dead ringer for North Korean state television rhetoric, is the latest example.

There isn't a deal, for starters. Nothing has been signed, and it's unclear it ever will be. What Trump actually has is the outline of a maybe-deal that suspends another 5 percent Trump tariff hike in exchange for China purchasing another $40-50 billion worth of U.S. farm products. There's a few other proposed provisions, none of them with much detail attached, and that's it.

Most to the point, though, while Trump is bragging about the supposed done deal China doesn't think they have a deal at all. They want another round of trade talks before even going forward.

I mean, we all knew this. Trump lies about everything, all the time. He makes up stories in which people call him "sir" and where there are always massive crowds of supporters cheering him which cannot be captured by news cameras because Reasons. His world is falling down around him, so this is only going to get worse.