Trump doesn't think Americans should decide the next American election 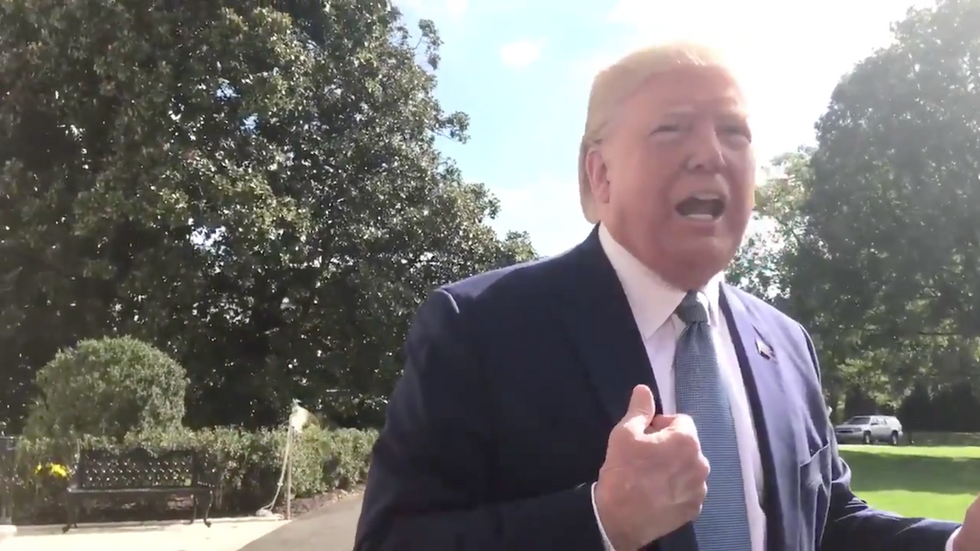 After a whirlwind week with a breathless series of cascading revelations, it's easy to lose track of what really matters and what is simply a compounding factor. But my bottom line for the week is simple: Donald Trump does not believe Americans should be choosing the next president of the United States, and he is actively working to disenfranchise American voters. Trump wants Ukraine to help pick, China to help pick, and Russia to help pick. But Americans, meh. Who needs ‘em?

In fact, goddess only knows what other countries he has solicited on the matter. NBC's Kelly O'Donnell said Friday that when Trump answered a select number of reporter questions on the South Lawn, hers was not one of them. As Trump was declaring that he wanted to investigate corruption (a newfound passion), she tried to pin him down on exactly which countries he had approached on the matter. Russia, she offered, the United Kingdom? "Which leaders did you discuss it with, sir?" All O'Donnell got back was tell it to the hand, Sister.

What Trump has admitted to publicly, either verbally or in writing, is soliciting help from Ukraine and China on the issue. He also has a longstanding invitation out to Russia from 2016. Plus, in June, he told ABC's George Stephanopoulos in the Oval Office that he would be interested in dirt from any foreign country on a political opponent. "I think I'd take it." That was basically an open door. And based on reporting, we also know that Attorney General Bill Barr has been seeking help from the UK, Italy, and Australia trying to discredit the origins of the Mueller probe. Basically, the Trump administration is open for business. You scratch their back, and they'll scratch yours.

After Trump suggested on Thursday that China should investigate the Bidens, I joked on Twitter that Trump was expanding the battleground map to Ukraine and China—something the Democrats surely didn't see coming. I was only half kidding.

Trump is using every lever of power available to him to invite foreign interference in 2020 and disenfranchise the American people. This is his electoral strategy precisely because he is despised by so many voters.

Here is the video clip that led to the hand gesture. @realDonaldTrump says he can ask countries to investigate corr… https://t.co/fgJhBbfdt1
— Kelly O'Donnell (@Kelly O'Donnell) 1570203131.0