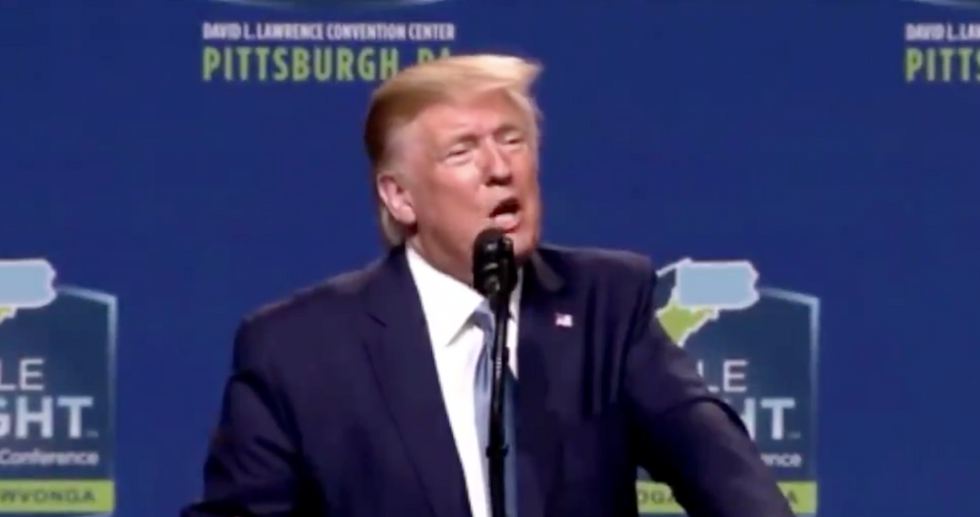 It's hardly newsworthy anymore when President Donald Trump tells a lie — it happens so often, most reporters can't keep track of them all. But on Wednesday, he spouted a new falsehood while speaking at the 9th Annual Shale Insight Conference in Pittsburgh that attracted more attention than usual:

When Trump said he's building a wall in Colorado, people in the crowd began a standing ovation.

As CNN's Daniel Dale noted, "Trump was listing actual-border states in which he said he is building the wall (he has not added any miles where barriers didn't exist before)."

But Colorado, of course, is not a border state, so he hasn't even promised to build a wall there. But it seems Trump may not realize this.

If you're skeptical of this fact-check, consider the following map:

Seems pretty clear cut. Though from Trump's remarks, it's possible he was indicating that he's building a wall between Colorado and New Mexico. Of course, that's not true either.