Time once exalted Giuliani as its Person of the Year — now, it describes him as the ‘prime enabler’ of Trump's impeachment 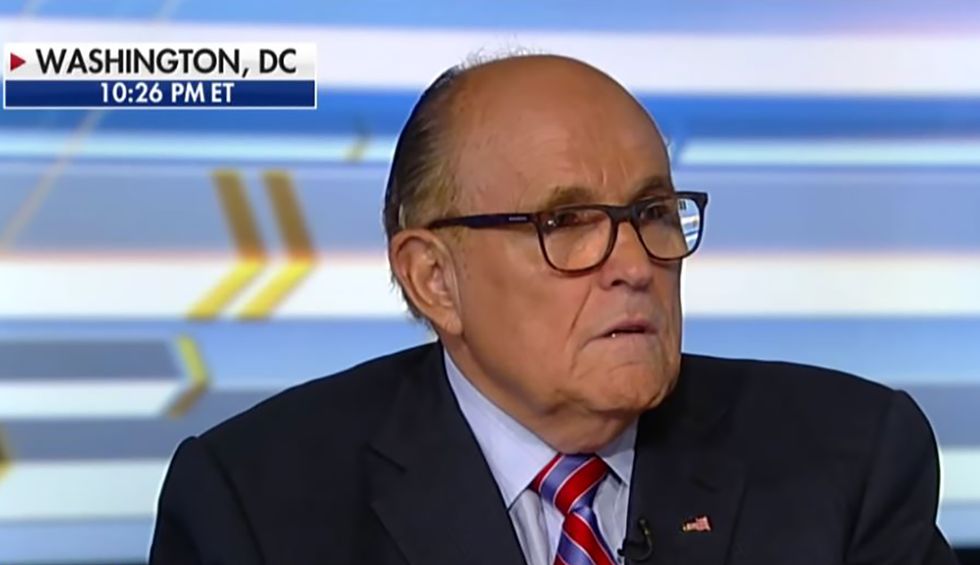 Former New York City Mayor Rudy Giuliani appears on the cover of the new issue of Time Magazine — only this time, not in a good way. Time, following the 9/11 terror attacks orchestrated by al-Qaeda, picked Giuliani as its Person of the Year for 2001, but a new report by Vera Bergengruen and Brian Bennett for Time paints President Donald Trump’s personal attorney in a much more negative light. And the article, which is available both online and in Time’s print edition, stresses that Giuliani’s pursuit of money and power could be Trump’s downfall.

Giuliani has played a key role in the Ukraine scandal, insisting that Trump did nothing wrong during his now-infamous July 25 phone conversation with Ukrainian President Volodymyr Zelensky and that the ones who should be investigated are former Vice President Joe Biden and his son Hunter Biden — not Trump. Giuliani, in fact, encouraged Trump to push for a Ukrainian investigation of the Bidens. And Bergengruen and Bennett assert this is a major change from the days when Giuliani was being hailed as “America’s Mayor.”

“It’s a bewildering turn of events for a person who, at one point in his career, had been among the most admired public figures in the country,” Bergengruen and Bennett observe. “Giuliani was always colorful…. And many loved him for being an iconoclast. He was the law-and-order mayor who cleaned up Times Square, a Republican who believed in gun control and gay rights, a self-described pro-choice Republican.”

But in 2019, Bergengruen and Bennett add, Giuliani’s “latest brush with history is revealing a darker side” that finds him “untethered from the values he once espoused.”

“As the House impeachment inquiry accelerates and witness after witness describes Giuliani as the prime enabler behind what Democrats say are impeachable offenses committed by Trump, Giuliani’s behavior may end up having historic consequences,” the Time reporters note.

Trump, according to Bergengruen and Bennett, has “entrusted Giuliani with cabinet-level influence” as president —  and some former and current Trump Administration officials “blame Giuliani for Trump’s push during a July 25 phone call to get the Ukrainian president to investigate Biden, a 2020 political rival.”

It remains to be seen what will ultimately come of the current impeachment inquiry being led by House Democrats. Countless pundits are predicting that Trump will be indicted on articles of impeachment by the Democrat-controlled House but later acquitted by Republicans in a Senate trial. Whatever happens, Bergengruen and Bennett’s Time report emphasizes that Giuliani didn’t do Trump any favor by pushing for an investigation of the Bidens in the Ukraine.

“Trump may face the reality of a trial in the Senate over charges he abused his office,” Bergengruen and Bennett report. “Some of those allegations will be linked to Giuliani’s efforts in Ukraine. Giuliani’s increasingly erratic behavior suggests that his gravy train of easy deals tied to political power may come to an ugly end. The question is what else will come to an end with it.”