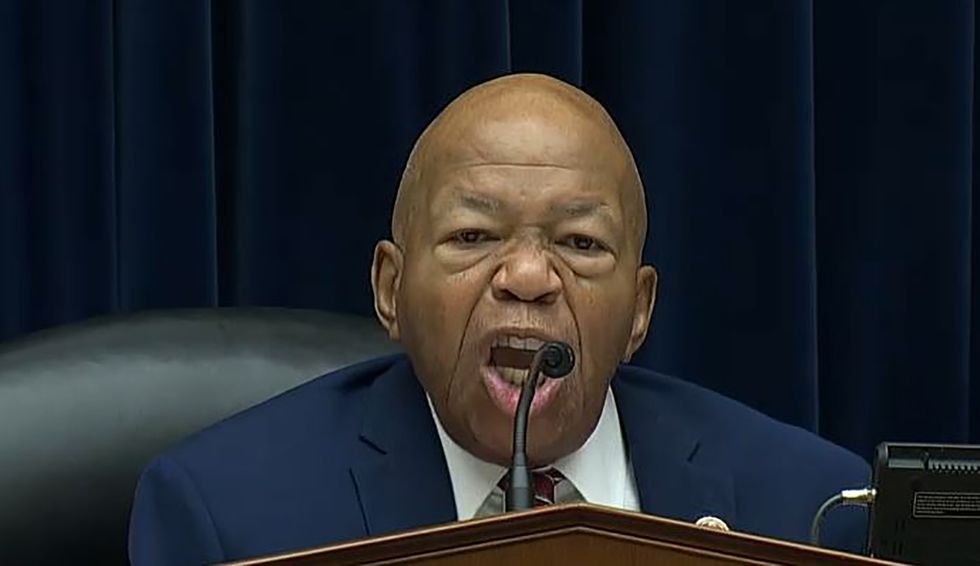 The Christian Right has a long history of praying for the deaths of political opponents, from the Rev. R.L. Hymers urging members of his Fundamentalist Baptist Tabernacle to pray for God to kill Supreme Court Justice Harry Blackmun back in 1987 to fundamentalists praying for Sen. John McCain to win the 2008 presidential election and die in office so that his running mate, Sarah Palin, could become president. And following the death of Rep. Elijah Cummings of Maryland at the age of 68 on October 17, some far-right Christian fundamentalists are claiming the House Oversight Committee chairman was struck down by God for opposing President Donald Trump.

Appearing on conspiracy theorist Chris McDonald’s program “The MC Files,” Christian fundamentalist Stacey Shiflett insisted that Trump was sent by God himself to govern the U.S. and that Cummings helped lead a “cooked, deceptive, demonic attempt” to remove Trump from office. Shiftlett said of Cummings, “Everything that he’s done has been nothing but trying to take this president out. I believe that God had had enough, and God moved.”

Following Cummings’ death, Christian fundamentalist Dave Daubenmire denounced him as an “enemy of the cross” and added, “Maybe he didn’t know Jesus.” Daubenmire went on to say, “I haven’t been sitting around praying that Elijah Cummings would die. But now that he did, I’m glad he’s gone…. I bet he’s not pro-choice now. I bet he’s not pro-homo now.”

Actually, the African-American church had a major influence on Cummings’ civil rights work. Cummings’ association with the New Psalmist Baptist Church in Baltimore spanned at least 40 years, and he would sing “This Little Light of Mine” (a Christian hymn) at civil rights marches. But to extremists like Daubenmire, only far-right white evangelicals and Trump supporters can truly “know Jesus.”

People for the American Way’s Right Wing Watch posted a video of Peterson saying, “if you notice, John McCain, he dead. Charles Krauthammer, he dead. And Elijah Cummings, now he dead. They all didn’t like The Great White Hope; they went against him, they talked about him. Now, they all dead. That’s amazing.”