These Democratic senators could actually vote to save Trump. Here's what they've been saying 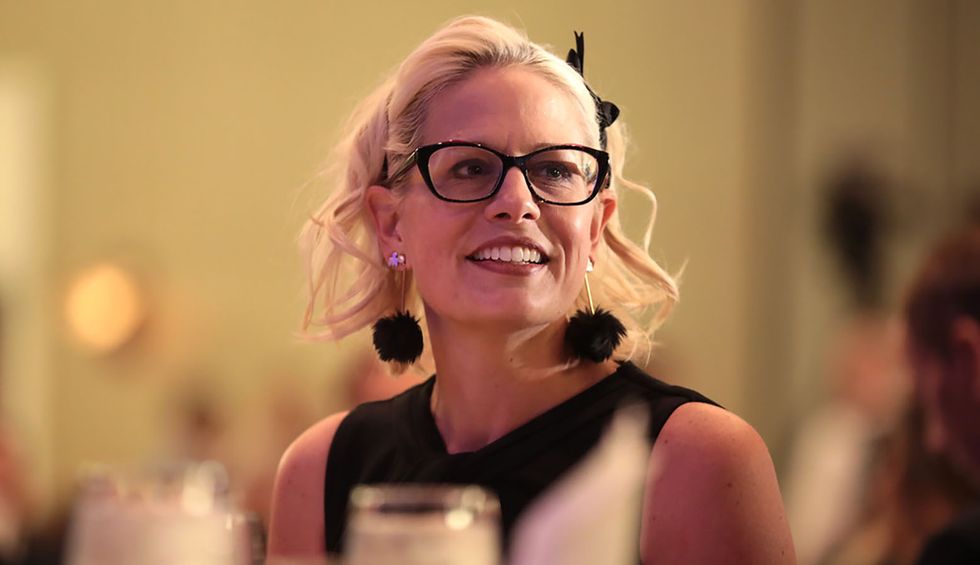 Many political pundits have been asserting that while President Donald Trump is likely to be indicted on articles of impeachment in the U.S. House of Representatives, he is almost certain to be acquitted in a subsequent trial in the U.S. Senate — where a Republican majority, regardless of the evidence, would be afraid to vote against Trump. But Republicans wouldn’t necessarily be the only ones in the Senate to vote for Trump’s acquittal: there are some centrist Democrats who might be voting for acquittal as well.

It isn’t hard to predict how most of the U.S. senators competing for the 2020 Democratic presidential nomination would vote. As vehemently critical as Sen. Elizabeth Warren of Massachusetts, Sen. Bernie Sanders of Vermont, Sen. Kamala Harris of California and Sen. Cory Booker of New Jersey have been of the president, they would be likely to vote “guilty” on articles of impeachment. And while Sen. Amy Klobuchar of Minnesota is decidedly centrist — so centrist that conservative columnist George Will has indicated he might vote for her if she received the nomination — she has slammed Trump as someone who doesn’t respect the rule of law.

During a July 25 phone conversation, Trump tried to pressure Ukrainian President Volodymyr Zelensky to investigate former Vice President Joe Biden and his son Hunter Biden. But West Virginia Sen. Joe Manchin, one of the more Trump-friendly Democrats in the Senate, has been reluctant to criticize Trump’s Ukraine-related actions. Instead, he is taking a wait-and-see approach.

Manchin told the Charleston Gazette Mail, “I’m saying, ‘Don’t make an assumption just because you heard something or because of your political affiliation.’ Don’t come to a conclusion when you haven’t seen any facts, and I haven’t seen the facts yet. So, I don’t know.”

Manchin said of Trump’s reaction to the impeachment inquiry, “I think he’s taking it seriously. I think that’s why you see him acting the way he is. Someone needs to tell him — I would tell him as a West Virginian — that, ‘Mr. President, let the process go through the process. You can’t intervene and stop the process.’”

Certainly, being a Democratic senator in West Virginia is quite different from being a Democratic senator in California, Oregon or Massachusetts. Trump carried West Virginia by a landslide in 2016, and Manchin has made a point of distancing himself from the left wing of his party — many Democrats are still furious with him for voting for U.S. Supreme Court Justice Brett Kavanaugh’s confirmation in 2018. Manchin, however, has repeatedly said that his top priority is voters in West Virginia — where he was reelected last year — not appeasing Democrats in blue states.

Sen. Doug Jones of Alabama has stressed that Democrats shouldn’t rush to judgement where Ukraine is concerned, although he does find Trump’s conversation with Zelensky to be “very troubling.”

“The conversation that the president had with the president of the Ukraine was very troubling,” Jones told Alabama’s AL.com. “And the president then talks about, ‘Let me ask you something, let me tell you what we need first. We need a favor.’ And that bothers me.”

Jones, however, has avoided sounding like an attack dog where Trump and impeachment are concerned — he has also said, “I think we’re a long way from making that final determination.”

And while he seems open to the possibility of a vote against Trump in an impeachment trial, he also sounds like he wants to give him the benefit of the doubt.

Politically, that makes sense given the state he is in. Alabama is one of the most Republican states in the Deep South, and Trump is still quite popular there. Jones knows he will be fighting a tough battle for reelection in 2020.

Moreover, Jones’ victory in Alabama was in some ways a fluke: his Republican opponent Judge Roy Moore was accused of sexually pursuing high school girls as an adult. In 2017, Jones had the advantage of running against a GOP candidate who was a total embarrassment to his party.

Sen. Kyrsten Sinema of Arizona has made it clear that she isn’t afraid to vote with Republicans over fellow Democrats at times: most notably, Sinema voted for Attorney General William Barr’s confirmation. And she has criticized members of both parties for making “highly partisan” statements about impeachment. When Politico asked Sinema about impeachment this month, Sinema responded, “That’s not my job, that’s not my role.”

Although Arizona has evolved into a swing state, it was quite conservative in the past — Arizona, for decades, was closely identified with Sen. Barry Goldwater and after that, Sen. John McCain. And the fact that a Democrat won a U.S. Senate race in Arizona in the 2018 midterms was a political bombshell; previously, her seat was held by the hard-right Republican Sen. Jeff Flake. Sinema, in fact, has exalted McCain as her idol. And she is on friendly terms with the late senator’s daughter, GOP activist Meghan McCain.

Another centrist Democrat who is taking a wait-and-see approach is Sen. Jon Tester of Montana. The Missoulian quoted Tester as saying, “I think it’s really important to get to the facts and hold people accountable, either because they did something wrong, or say no — there’s no wrongdoing.” Nonetheless, Tester has described the transcript of Trump’s conversation with Zelensky as “just disturbing” and said that an impeachment inquiry needs to be “laser-focused.”

Like Manchin and Jones, Tester represents a red state where Trump is still popular. So even though he has described Trump’s conversation with Zelensky as “just disturbing,” he doesn’t sound like he already has Trump tried and convicted.

Manchin and Sinema have been quite reserved in their comments on impeachment — Jones and Tester less reserved. Yet none of them have been nearly as aggressive on the subject of impeachment as, say, Sen. Kamala Harris. Back in April — long before the Ukraine scandal — Harris was calling for Trump’s impeachment. And in contrast to Harris and all of the other Democrats who have been overtly contemptuous of Trump, centrists Manchin, Sinema, Tester and Jones have wanted to give him the benefit of the doubt.

If the House’s impeachment inquiry moves as swiftly as Speaker Pelosi has stressed that she wants it to, the Senate might be holding a trial sooner rather than later. And while some argue that Republicans may be convinced to turn on Trump, it's at least as likely that Senate Democrats will end up divided in the end.

Manchin, Sinema, and others may face real pressure to display their independent streaks to their relatively conservative constituencies — even when it comes to Trump's blatant wrongdoing.