'The stuff of dictators': Ex-GOP governor says Trump's desire for 'unadulterated adulation' is the same as Hitler's 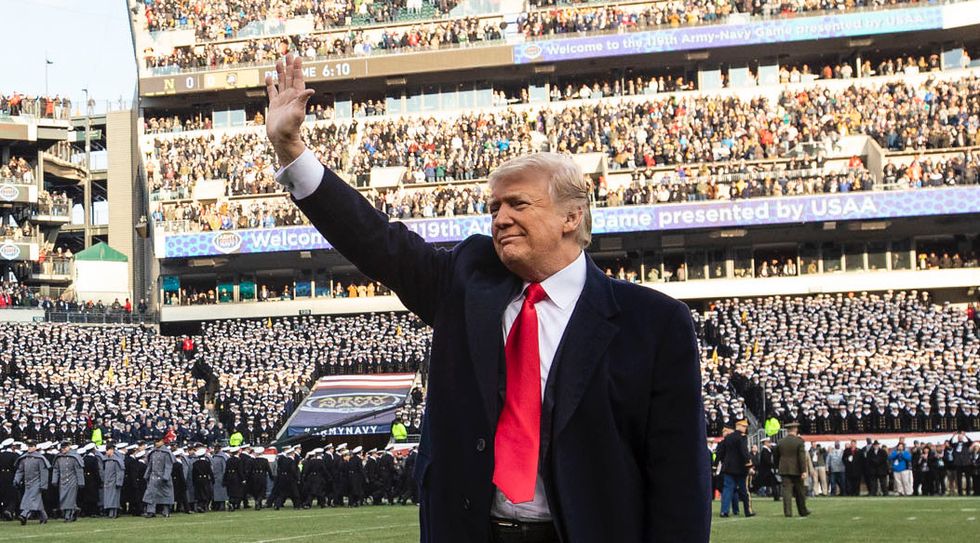 Christine Todd Whitman, Never Trump conservative and former two-term Republican governor of New Jersey, was outraged after learning that a violent parody video — which depicts a likeness of President Donald Trump slaughtering members of the news media — had been shown at a recent pro-Trump event in South Florida. The 73-year-old Whitman tweeted that Adolf Hitler “has nothing on Trump” — a tweet she deleted. But later, in an interview with NBC 4 New York, Whitman asserted that she really does believe the United States is moving in a frighteningly authoritarian direction under Trump’s watch.

Whitman told NBC Channel 4 (the NBC television affiliate in New York City), “Hitler took a long time to get where he was, and he had to do a lot of other things. Trump is going much faster. We are going down a dark hole, and I really worry for the country.”

During the interview, Whitman acknowledged that the deleted tweet was “inflammatory.” But she noted that Hitler was the “kind of person” who craved “unadulterated adulation,” and she said of Trump, “I think our president wants unadulterated adulation, and he doesn’t stand for anyone who (is) going to question that.”

The violent video was aired at a three-day conference in Doral, Florida that was held by the pro-Trump group American Priority. Prominent Republicans who were scheduled to speak at the event included Florida Gov. Ron DeSantis, former White House Press Secretary Sarah Huckabee Sanders, and the president’s son, Donald Trump, Jr.

Although the Trump White House condemned the parody video on Sunday, Whitman is disturbed that pro-Trump Republicans showed it in the first place. And in a tweet on Tuesday, Whitman described the video as “the stuff of dictators.”

The former New Jersey governor tweeted, “The U.S. is a land of discourse with those who disagree, not violent destruction of opponents in a church. #Trump and his defenders should be ashamed. What is America becoming?”

In 1993, Whitman became the first female governor of New Jersey when she defeated Democratic incumbent Gov. Jim Florio — and she was reelected in 1997 before going on to become head of the Environmental Protection Agency (EPA) under President George W. Bush in the 2000s.

Although fiscally conservative, Whitman has been highly critical of the Christian Right and is pro-choice on the abortion issue. In her 2005 book, “It’s My Party Too: Taking Back the Republican Party.... And Bringing the Country Together Again,” Whitman criticized the more socially conservative policies of the Bush Administration and stressed that there needs to be more room for pro-choice, pro-gay rights voices within the GOP.