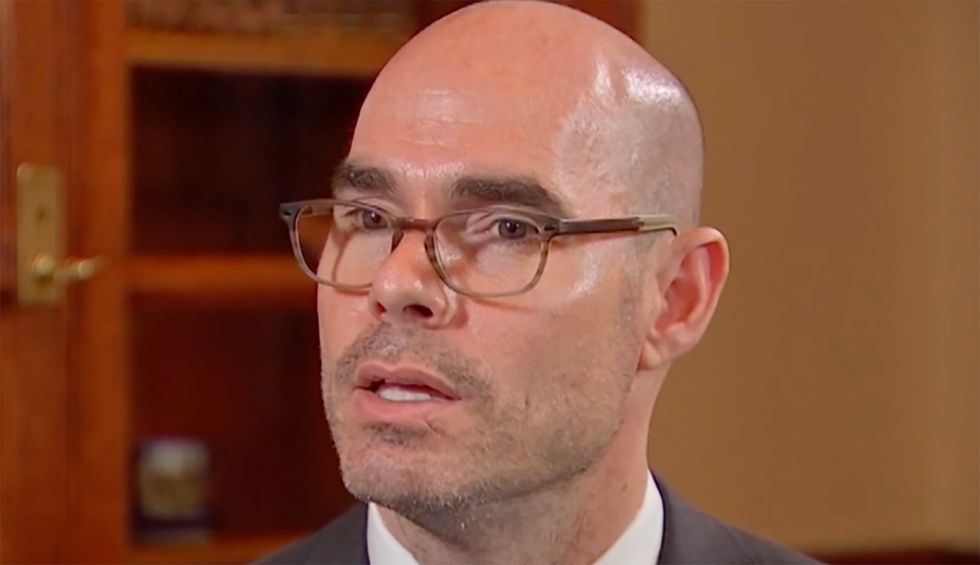 What Republicans say about President Donald Trump publicly and what they say about him behind closed doors can be two very different things. And a secret recording that has been made public finds Dennis Bonnen, speaker of the Texas House of Representatives, telling a GOP activist that Trump has been hurting his party in key races.

“With all due respect to Trump, who I love, he’s killing us in urban, suburban districts,” Bonnen is heard saying during an hour-long conversation with the activist.

The meeting, according to the Washington Post, was secretly recorded by Michael Quinn Sullivan, CEO of the group Empower Texans.

During the conversation, Bonnen can also be heard attacking Rep. Jon E. Rosenthal — a Democrat serving in the Texas House of Representatives via the Houston area.

Another Texas Democrat Bonnen attacks during the conversation is Rep. Michelle Beckley, who was elected to the Texas House of Representatives in the 2018 midterms and represents parts of Denton County in the Dallas/Ft. Worth area.

In response to the recording, Beckley has called for Bonnen’s resignation — and Rep. Chris Turner, Democratic leader in the Texas House, asserted that Bonnen’s comments were “completely out of bounds, even with the Republican Party’s low standards of the Donald Trump era.” Bonnen, however, has stressed that he did nothing illegal during the conversation.

“I have repeatedly called for the recording to be released because it will be immediately clear that no laws were broken,” Bonnen officially stated. “This was nothing more than a political discussion; the problem is that I had it with that guy. My colleagues have always deserved the facts and context this recording provides, and with clear evidence now disproving allegations of criminal wrongdoing, the House can finally move on.”

One of the things the recording underscores is the inroads Democrats have been making in Texas, which is still dominated by Republicans but is now light red rather than deep red. In 2018’s U.S. Senate race in Texas, Democrat Beto O’Rourke narrowly lost to incumbent Republican Sen. Ted Cruz — who was so worried about losing that he implored Trump to visit Texas and campaign for him in the lead-up to the election.

Republicans still have a majority in the Texas House, but Democrats would be able to achieve a majority if they could flip nine seats in 2020. And Bonnen, during the recording, expressed worry that Texas Democrats are making inroads in urban and suburban districts.