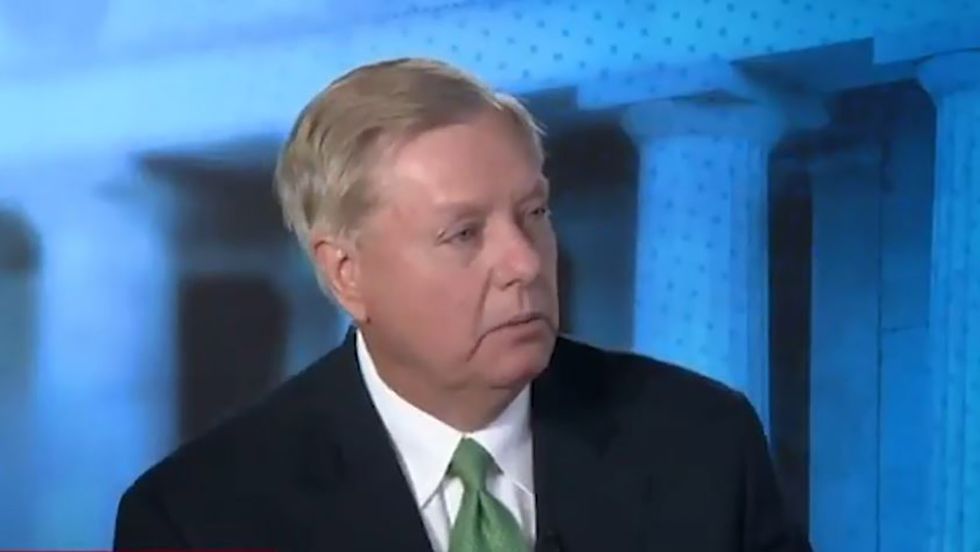 On Wednesday, columnist Jamelle Bouie wrote a column in The New York Times taking down the Republican Party’s three key arguments for why impeaching President Donald Trump is “illegitimate” or a “coup.”

“Taken together, Trump and his supporters are making three distinct claims,” wrote Bouie. “The first is the idea that the House impeachment investigation is an extra-constitutional assault on the office of the presidency. This is nonsense. The Constitution outlines only the basics of impeachment — the House votes on charges, the Senate holds a trial and votes on the charges. Everything else is up to the chambers themselves. Previous impeachment investigations had different procedures: There is no set process. Republican complaints notwithstanding, Democrats can draft articles of impeachment without ever casting a vote to authorize an investigation (although they plan to).”

“The second is just as straightforward: the idea that impeachment ‘overturns’ the previous election,” wrote Bouie. “This too is ridiculous. If Trump is removed from office, he’ll be replaced by the Republican vice president he chose and vetted during the presidential campaign. The Trump administration, including his cabinet officials — acting or otherwise — will still exist. His judges will still be on the bench. Presidential removal is certainly significant, but it isn’t nullification.”

“Each of these three arguments treats the 2016 result as sacrosanct, but the final claim is a bit more subtle: The American people chose Donald Trump and the only way to litigate that choice is in the next election. Anything else is an attack on democracy,” wrote Bouie. “The problems with this are endless.”

“To start, impeachment is part of the constitutional structure, specifically created to deal with presidential misbehavior, including corrupt attempts to solicit foreign influence on elections,” continued Bouie. “Then there’s the secondary but still important fact that there’s no way Trump or his supporters can honestly claim the support of “the people.” Trump is president despite the wishes of the public. Voters did not want him in the White House, but our state-based system for choosing presidents — where the geographic distribution of your supporters is more important than the number you have — gave him a victory. As president, he has yet to earn a majority of the public’s support and in the last national election, his party suffered a decisive defeat, losing the lower chamber of Congress. At this moment, a majority of Americans support the impeachment inquiry. Trump is the legitimate president of the United States, but the idea that he represents ‘the people’ — and that the investigation is an assault on their will — is untenable.”

“All of these accusations and attacks come from the same place. Trump is the nation, and the nation is Trump,” concluded Bouie. As ‘the people’ incarnate, he cannot be challenged. Right now, that just means the public should reject impeachment. But it seems to set up a similar argument, should the next election end with Trump on the losing side.”