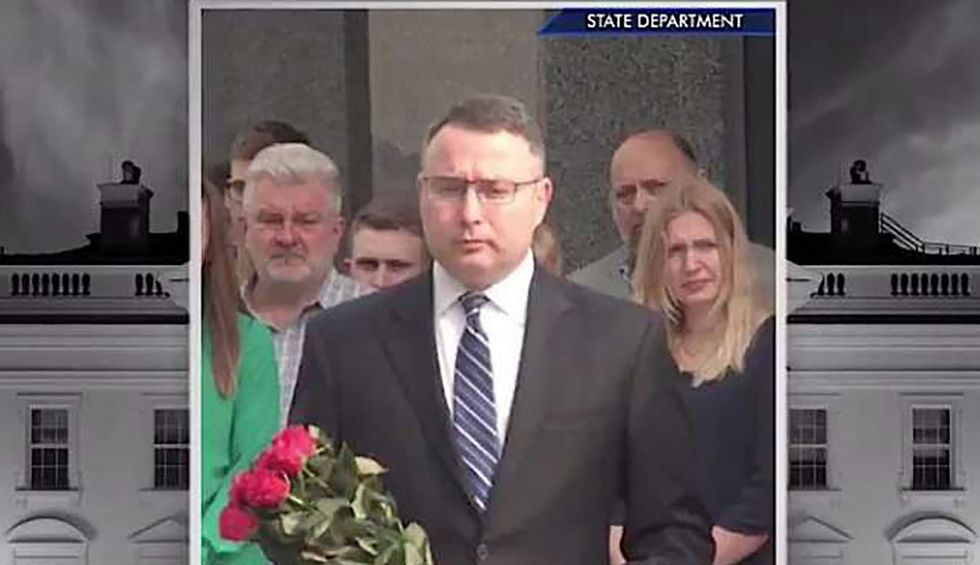 How do you undercut a lieutenant colonel in the U.S. Army and top expert on Ukraine testifying about his concerns over actions that threaten the security of Ukraine and the United States and over a phone call he personally witnessed? To paraphrase Dr. Ian Malcolm, Republicans … find a way.

There’s Fox News determining that Vindman is actually a Ukrainian double agent working inside the White House, with convicted former Deputy Attorney General John Yoo tossing on a charge of “espionage” against Vindman. The crime? Talking to Ukrainian officials who called the White House out of concern for what Rudy Giuliani was doing in their country.

The He’s Not Really One of Us kit was unpacked again on Fox & Friends, on which Brian Kilmeade again dismissed the Purple Heart recipient’s connections to the country he’s served for decades. Instead, says Kilmeade, Vindman "… tends to feel simpatico with Ukraine.” And to stick even more distance between this darn double-agenty espionager and good red-hat-wearing Americans, Kilmeade also made sure to frame it by saying, “We also know he was born in the Soviet Union.”

And of course Donald Trump tweeted in to call Vindman a “Never Trumper.” A term he helpfully defined last week as meaning “human scum.”

All of which shows just how much the right continues to fixate on undermining the messengers—because it can’t live with the message.