Republicans are terrified of going on TV to defend Trump: ‘Nobody wants to look like Kevin McCarthy on 60 Minutes’ 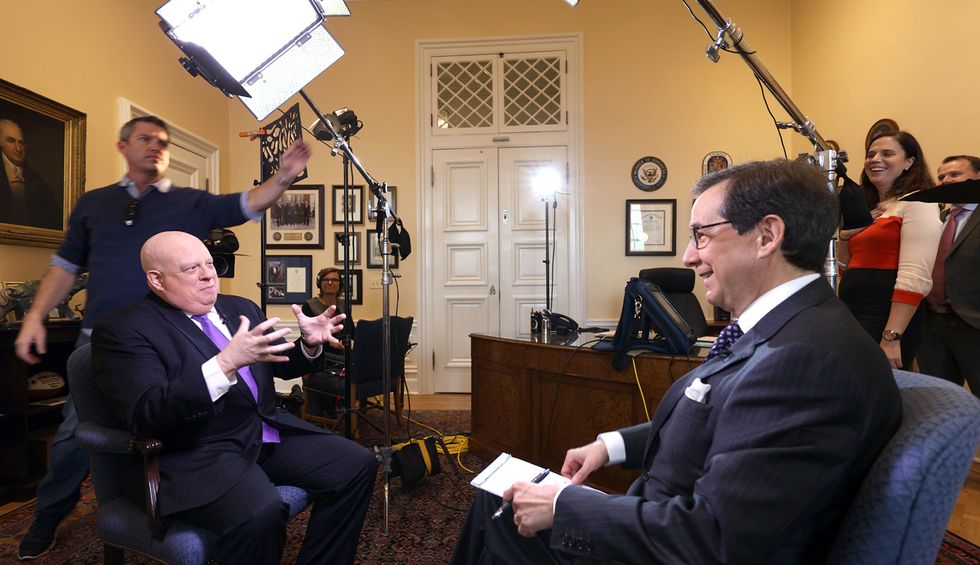 Republicans are increasingly alarmed at President Donald Trump’s response to the formal launch of an impeachment inquiry.

Few GOP lawmakers have publicly stated a willingness to investigate the president’s scheme to withhold congressionally approved aid to Ukraine as leverage to get campaign help from the foreign ally, but privately they’re starting to freak out, reported Politico.

“GOP lawmakers and operatives are concerned at what appears to be a lack of urgency from the Trump administration in forming an organized, unified response engine to the Democratic impeachment threat,” according to a veteran Republican operative. “There is either a failure to fully appreciate the gravity of the situation; or an inability to protect the president like they did his Supreme Court nominees with a centralized war room that has credibility with stakeholders across the party.”

Republicans are afraid of looking foolish defending the president on TV, as House Minority Leader Kevin McCarthy (R-CA) did Sunday when a CBS News host revealed the GOP lawmaker was unfamiliar with Trump’s troubling comments to the Ukrainian president.

“Nobody wants to look like McCarthy did on ‘60 Minutes’ and right now they’ll duck and cover until they’re on firmer footing,” the operative said. “The Trump administration has blazed their own communications path up to this point, but there is deep skepticism that the late-night Fox lineup will have any credibility with rank-and-file Republicans that are necessary to prosecute this argument against House Democrats.”

The GOP operative offered a suggestion for an overarching message from the White House, which has been scrambling for footing since House Speaker Nancy Pelosi (D-CA) formally launched the impeachment inquiry.

“The case needs to be made that today’s Democratic Party and their allies in the media have planned this since Election Day 2016 and they would be moving to impeach any Republican president under any circumstances,” the operative told Politico. “A hesitation to confront this threat with full force is forever waving a white flag. Unlike the Mueller probe, this is a political battle — not a legal one. They need rapid response and credible, respected Republican voices, and they needed both yesterday.”