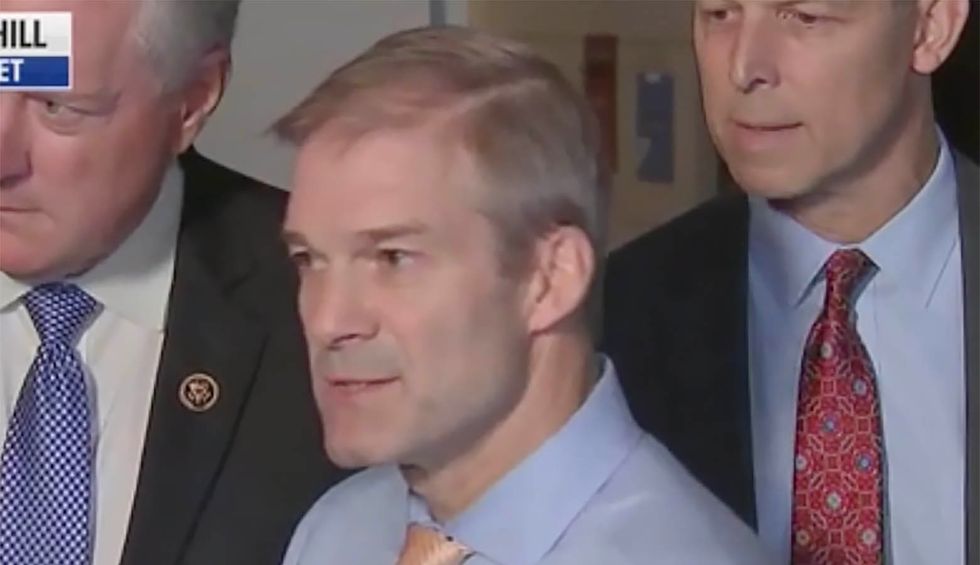 Ever since texts from the behind-the-scenes State Department efforts to induce Ukraine into investigating President Donald Trump's political opponents were released, it's been clear that the House's impeachment inquiry desperately needed to hear from acting U.S. Ambassador to Ukraine Bill Taylor.

While much of what is publicly known about the Trump administration's machinations with Ukraine is already impeachable, texts sent by Taylor, first provided to the House by U.S. envoy Kurt Volker, showed an even darker scheme at work. And they also suggested that Taylor, of all the people involved in the efforts, was most alarmed about and willing to speak out with regard to Trump's wrongdoing. In one particularly memorable text, Taylor told another official of Trump's Ukraine plot: "I think it’s crazy to withhold security assistance for help with a political campaign." This implicated the president directly in criminal, and undoubtedly impeachable, activity.

With Taylor set to appear at a closed session of Congress on Tuesday, expectations for his testimony were high. And while his comments have not yet been made public as of this writing, Democrats were already sending strong indications that his testimony was explosive, with one lawmaker calling it “incredibly damaging to the president.”

Republicans, too, were sending corresponding signals of panic for their own side — though these indications were far more muted.

Perhaps most significant of all, the Trump administration tried to stop Taylor's testimony from moving forward on Tuesday, just as it has tried to stop other hearings from proceeding, according to CNN's Manu Raju. Democrats in Congress responded by issuing a subpoena, and Taylor agreed to testify. But the efforts to block his appearance show that Republicans are worried about what he has to say. If they thought his testimony would actually explain away his texts as less damning than they appear, Republicans would have been delighted to have the hearings move forward.

And as the hearings proceeded Tuesday and Democrats made clear in various vague public comments that Taylor's testimony was a trainwreck for the president, Republicans' vigorous defenses of the president were nowhere to be found.

Instead, Republican Rep. Jim Jordan of Ohio — typically a strong defender of the president willing to twist every trivial detail of a proceeding into a vindication for Trump — only praised the GOP counsel in the hearings, according to Politico's Kyle Cheney. Cheney described the Republicans in the hearing as "tight-lipped." He reported that New York Republican Rep. Lee Zeldin said that Democrats who think Taylor's testimony is damning must have missed the previous depositions — suggesting that he took the testimony of other witnesses, some of whom were, from all appearances, complicit in Trump's schemes, at face value.

But these meager defenses just showed the even Republicans recognized that Taylor's testimony was as damaging to Trump as the Democrats claimed and that they're struggling to find some way to spin the facts in the president's favor.