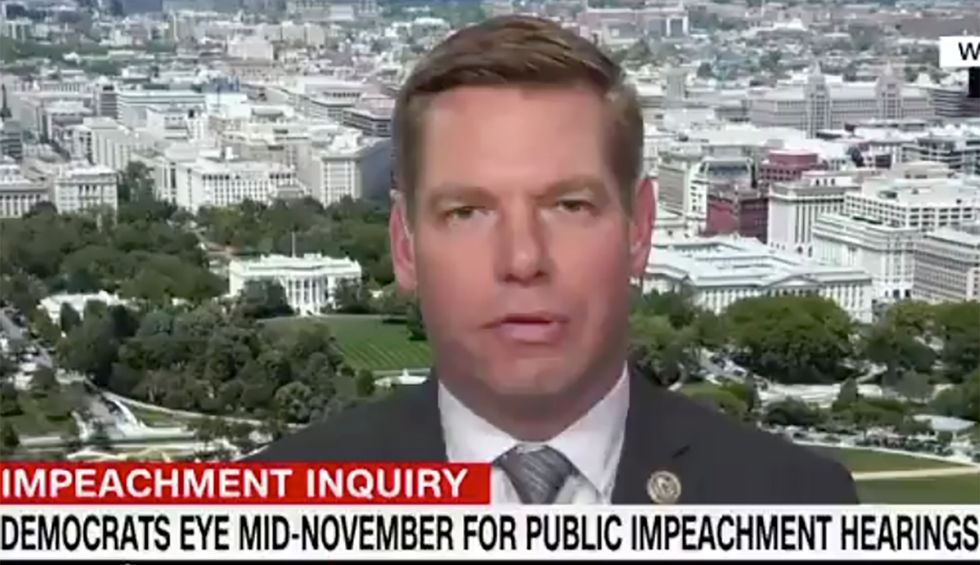 U.S. Rep. Eric Swalwell (D-CA) is out with a warning Thursday morning. The prominent Democrat who sits on the powerful House Intelligence and House Judiciary committees says there is “direct evidence” that “very key witnesses” in the impeachment inquiry are “talking to each other.”

Swalwell would not identify which witnesses are speaking to each other, and would not verify if they are co-ordinating their testimonies, but he did say the evidence has come “very recently,” suggesting it could be from witnesses who recently have testified.

“We want the unvarnished truth,” he continued. “We don’t want the ‘truth’ that protects you or shields you from culpability, and that’s why we’re doing this in a closed fashion – closed to the public, not to the 120 members of Congress, Republicans and Democrats, who have access to the room.”

On Wednesday about 30 House Republicans stormed a Sensitive Compartmented Information Facility (SCIF), where a Deputy Assistant Secretary of Defense was slated to deliver testimony. Republicans falsely claim there is insufficient transparency despite a quarter of House Republicans having full access to depositions and testimonies, and get equal time to question witnesses.