Pentagon Papers whistleblower: Trump is a ‘domestic enemy of the Constitution' 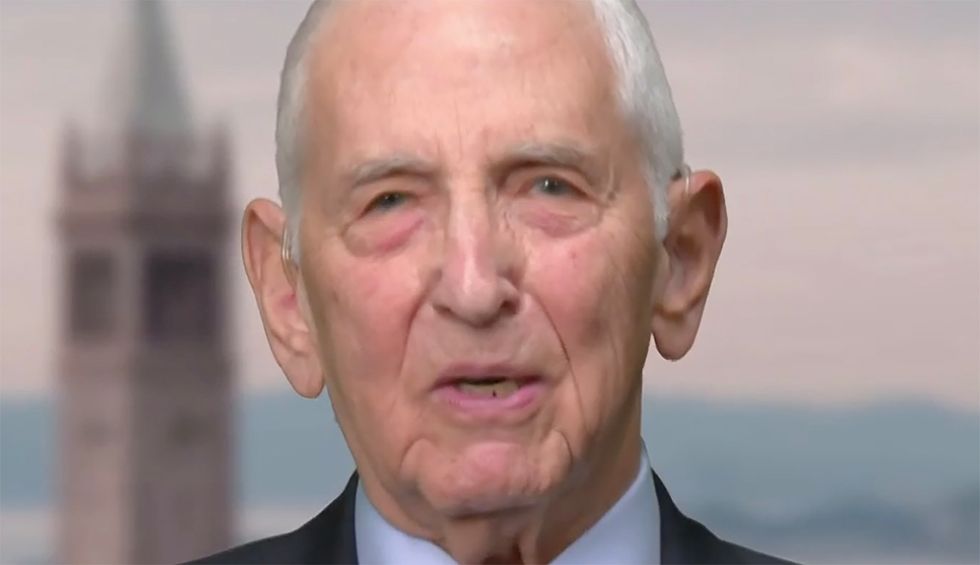 The word “whistleblower” is all too familiar to 88-year-old Daniel Ellsberg: it was Ellsberg who, in 1971, released the Pentagon Papers — a Pentagon study of U.S. government decisions made during the Vietnam War. And Ellsberg was highly critical of President Donald Trump when he appeared on MSNBC’s “The Beat” on Tuesday and discussed the Ukraine scandal and House impeachment inquiry against the president.

Ellsberg told host Ari Melber that Trump has shown himself to be a “domestic enemy of the Constitution,” asserting that Trump has encouraged violence against the Ukraine whistleblower who made a formal complaint about Trump’s July 25 phone conversation with Ukrainian President Volodymyr Zelensky. A partial transcript shows that during that conversation, Trump tried to pressure Zelensky into digging up dirt on former Vice President Joe Biden and his son Hunter Biden — an act that House Speaker Nancy Pelosi considers an impeachable offense.

Ellsberg said of Trump’s whistleblower-related comments, “He is calling for (a) physical attack, I would say. I think that’s an impeachable offense or a criminal offense in itself.” And Ellsberg told Melber he wanted to “congratulate” the whistleblower “on the success they have had so far in getting that information out and on the courage that she showed or he showed in taking this on.”

"Even following the rules, to challenge a president for wrongdoing is not safe, either physically or legally, and I… https://t.co/obmmQsLHab
— MSNBC (@MSNBC)1570575722.0

The former defense analyst stressed that Democrats must do everything possible to protect the whistleblower.

“Even following the rules, to challenge a president for wrongdoing is not safe — either physically or legally,” Ellsberg told Melber. “And I hope that the Democrats in Congress in the House will take every precaution to keep her identity or his identity secret from the president.”