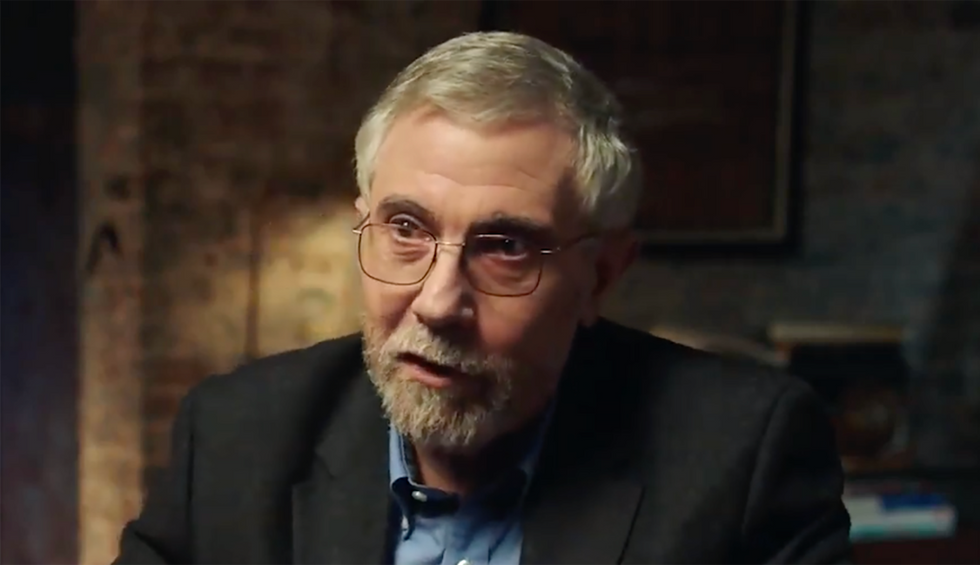 Some megadonors, according to CNBC, are making it clear just how much they dislike Sen. Elizabeth Warren of Massachusetts — warning that if she receives the 2020 Democratic presidential nomination, they might support President Donald Trump’s reelection. Economist and veteran New York Times columnist Paul Krugman examines that hatred this week, stressing that they view the Massachusetts senator as a threat to not only their bank accounts, but also, their enormous egos.

“Why does Warren inspire a level of hatred and fear among the very wealthy that I don’t think we’ve seen directed at a presidential candidate since the days of Franklin Delano Roosevelt?,” Krugman asks in his column. And he goes on to answer his question.

“The point is that many of the super-rich aren’t satisfied with living like kings, which they will continue to do no matter who wins next year’s election,” Krugman observes. “They also expect to be treated like kings, lionized as job creators and heroes of prosperity — and consider any criticism an unforgivable act of lèse-majesté.”

“Lèse-majesté” is a French term that means “to do wrong by majesty.” When Europe was still dominated by monarchies, lèse-majesté laws made it a crime to disrespect royalty. And some Wall Street billionaires, Krugman argues, equate themselves with nobility.

“The prospect of a Warren presidency is a nightmarish threat — not to their wallets, but to their egos,” Krugman explains. “They can try to brush off someone like Bernie Sanders as a rabble-rouser. But when Warren criticizes malefactors of great wealth and proposes reining in their excesses, her evident policy sophistication — has any previous candidate managed to turn wonkiness into a form of charisma? — makes her critique much harder to dismiss.”

One saw that arrogance and sense of entitlement at work, according to Krugman, when some Wall Street billionaires were furious with President Barack Obama despite the fact that he was “very good to the financial industry” after it had “led us into the worst economic crisis since the 1930s.”

“Financial tycoons were furious with President Barack Obama because they felt disrespected,” Krugman recalls. “In truth, Obama’s rhetoric was very mild; all he ever did was suggest that some bankers had behaved badly, which no reasonable person could deny. But with great wealth comes great pettiness; Obama’s gentle rebukes provoked fury — and a huge swing in financial industry political contributions toward Republicans.”

Such “financial tycoons,” Krugman argues, should reconsider supporting Trump if they care about the United States’ wellbeing.

“Even the very wealthy should be very afraid of the prospect of a Trump re-election,” Krugman warns. “Any doubts you might have had about his authoritarian instincts should have been put to rest by his reaction to the possibility of impeachment: implicit death threats against whistleblowers, warnings of civil war and claims that members of Congress investigating him are guilty of treason.”

Nonetheless, Krugman stresses that Warren might become president regardless of how many people on Wall Street hate her — and some voters might even favor her because of that hatred, not unlike FDR voters who admired his willingness to stand up to Wall Street during the 1930s.

“If Warren is the nominee, then a significant number of tycoons will indeed go for Trump —  better to put democracy at risk than to countenance a challenge to their imperial self-esteem,” Krugman asserts. “But will it matter?”