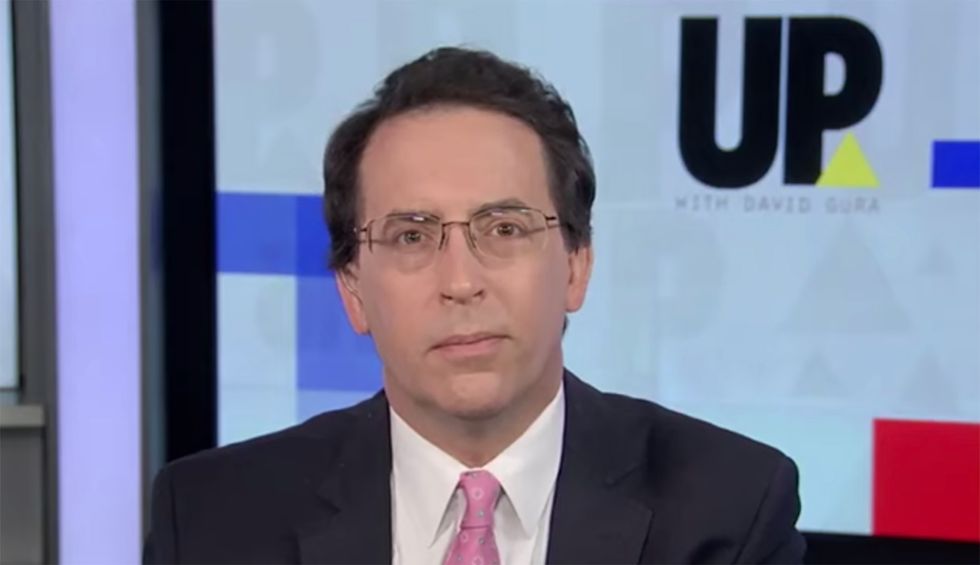 “One thing to look forward to later in the week, a couple of NSC national security officials are to be interviewed this week as well,” Gerstein stated. “The NSC is the White House, it’s part of the White House, right there in the West Wing and the Eisenhower Executive Office building. So I’ll be looking to see do those people also take that same approach and go in and give their testimony despite basically a direct marching order not to do that — that would be an amazing rebuke.”

“I just want to make sure you said what you said,” the stunned Capehart said. “Members of the NSC, the National Security Council, are going to the Hill this week to testify in the impeachment inquiry? ”

“Well, they’re on the list,” Gerstein conceded, before adding, “With the Trump administration, I wouldn’t say anything will happen until it actually does happen.”

“They are definitely struggling with it,” he added. ” I’m sure many of them have personal counsel advising them. Normally in a situation like this folks are just advised — I mean, NSC people would be advised by White House Counsel’s office, the head of that office is the one who said there would be no cooperation.”

“The other question will be will any of these people face any kind of sanction for having gone against what the president or his counsel said to do here,” he elaborated. “I guess they are rolling the dice and saying at the end of the day they don’t think they really will, that there is no bite behind the president’s letters that he sends to Capitol Hill.”