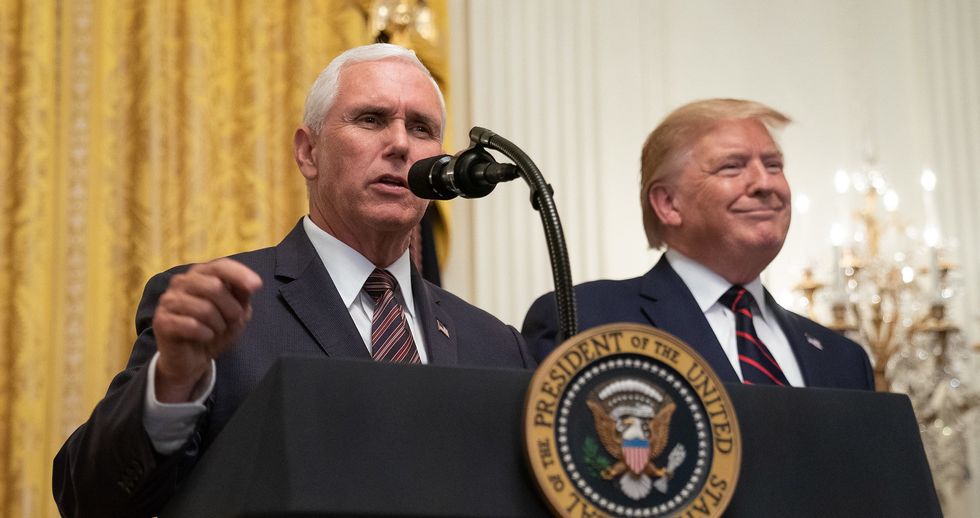 As expected, Vice President Mike Pence on Tuesday rejected House investigators' request for documents in the impeachment inquiry into Donald Trump's extortion of Ukraine. What was unexpected was his attorney making one of the dumbest arguments possible against cooperating, dismissing Democrats' effort as a "self-proclaimed ‘impeachment inquiry.'” Yep, sure is self-proclaimed, because that's the responsibility the House is given sole authority over in the Constitution—when to impeach a president.

Anyway, by rejecting the request, Pence has further glued himself to Trump and his coterie of crooks. Echoing last week's pugnacious letter from White House counsel Pat Cipollone, Pence's counsel Matthew Morgan questioned Democrats' "commitment to fundamental fairness and due process rights," which aren’t guaranteed during an impeachment inquiry.

In other obstruction news, Rudy Giuliani also declined to provide documents and the White House budget office will reportedly do so as well.

Link to Pence’s letter below.