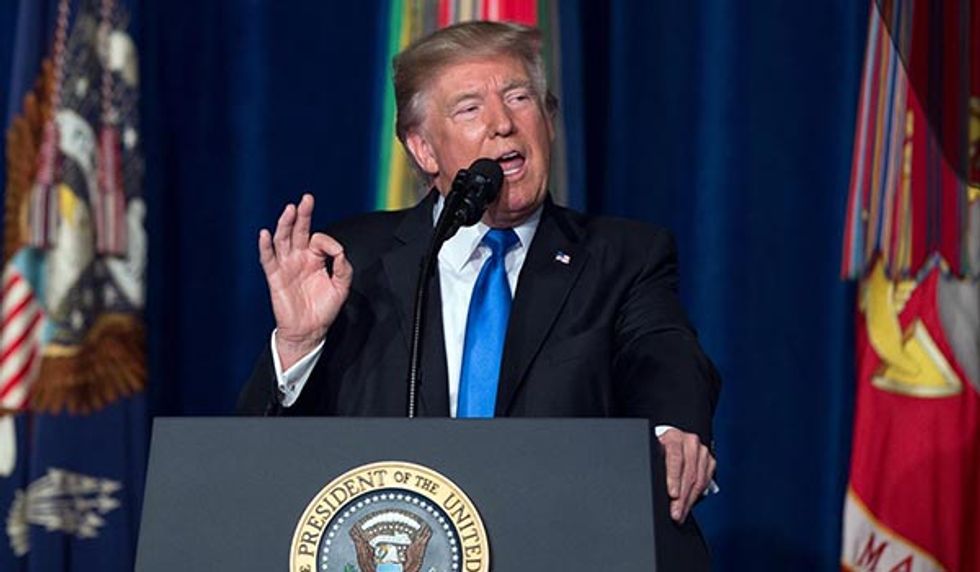 President Donald Trump will go down in history as the U.S. president who had two close associates simultaneously serving time in federal prison — former 2016 campaign manager Paul Manafort and his former attorney, Michael Cohen — while his former national security adviser, Michael Flynn, awaited sentencing for lying to the FBI. And on top of all that, a major donor to Trump’s inaugural committee, Imaad Shah Zuberi, has agreed to plead guilty to federal crimes that include felony tax evasion and illegal contributions from non-U.S. sources.

On Tuesday, the U.S. Department of Justice (DOJ) put out a press release discussing Zuberi’s plea agreement. The press release explained that Zuberi, who is 49 and lives in Southern California, is accused of “making almost $1 million in illegal campaign contributions that included funneling money from foreign entities and individuals to influence U.S. elections.”

Zuberi, according to the press release, “solicited foreign nationals and representatives of foreign governments with claims he could use his influence in Washington, D.C. to change United States foreign policy and create business opportunities for his clients and himself.”

The DOJ’s October 22 press release quotes U.S. Attorney Nick Hanna as saying, “Mr. Zuberi’s multi-faceted scheme allowed him to line his pockets by concealing the fact that he was representing foreign clients, obtaining access for clients by making a long series of illegal contributions and skimming money paid by his clients. Mr. Zuberi circumvented laws designed to insulate U.S. policy and our election process from foreign intervention. This investigation has halted his illegal conduct, will result in several felony convictions, and could send him to prison for a lengthy period of time.”

In early 2017, Zuberi donated $900,000 to Trump’s inaugural committee. But his political donations were not limited to Republicans. According to USA Today, Federal Election Commission (FEC) records show that Zuberi made donations to Democrats Barack Obama and Hillary Clinton in the past.

Under his plea agreement with the DOJ, Zuberi will also plead guilty to violating the Foreign Agents Registration Act (FARA). But the alleged offenses that DOJ has agreed to not charge Zuber with include money laundering, wire fraud and obstruction of justice.