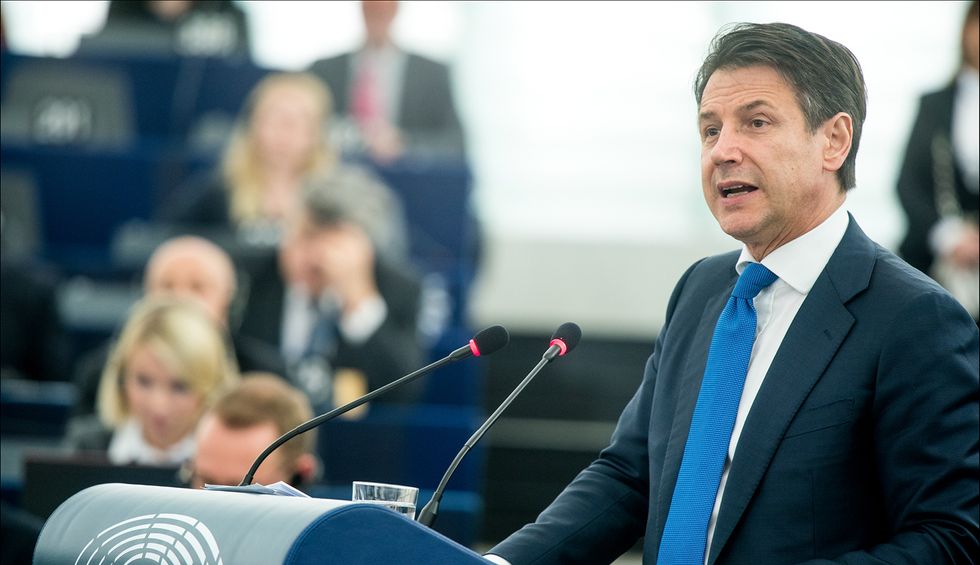 Italy is adamantly denying any involvement in events around the 2016 election and throwing cold water on ludicrous conspiracy theories that link a Maltese professor, a college in Rome, and the Democratic Party. And the reason that the actual prime minister of Italy feels compelled to step in and disown this fact-free story is that Attorney General William Barr has already been to Rome twice, trying to build a case that can save Donald Trump.

If it seems like Barr has been particularly quiet through the whole impeachment inquiry, that’s because he’s been busy. Barr has been busy refusing to do things—such as turn over clear campaign finance violations to the FEC—but he’s also been active on a more important front. Because Barr’s role now has shifted from simply misstating the findings of the Russia investigation and suppressing the Mueller report. Barr is the point man in generating the Great Distraction.

From well before he took office, Donald Trump has operated using an extreme form of the Gish gallop. He counts on making it difficult for the media and the public to come to terms with any scandal he produces by simply starting two new scandals in the morning. That constant breaking of barriers of propriety, decency, and law makes it difficult for anyone to focus long on any single crime—and thrills the Trump supporters who have filed away the whole idea of having morals under the sneering label “politically correct.”

But in the current impeachment inquiry, Trump has been wrong-footed. Democrats have responded quickly to the whistleblower complaint, lined up witnesses, and run an efficient process that doesn’t give him lots of holes to fill with random nonsense. Of equal importance, Trump’s hold over executive branch employees has decidedly weakened, with State Department and Defense Department officials actually responding to congressional subpoenas over the objections of the White House. The result is that the press really is able to stay on topic, and the hole under Trump just keeps getting deeper.

Sure, Trump can send in the clowns to turn the House hearing room into a one-day circus, but that’s far from a long-term solution. What he needs is a distraction to end all distractions, a table-turning, foot-stomping, lock-‘er-up chanting story that allows him to prove every conspiracy theory from Q to Z. And that’s where Barr comes in.

As The New York Times reports, Barr has made two trips to Italy to meet with leaders of intelligence agencies in his pursuit of the great political snark. And he’s brought his hand-chosen “investigator” into the origins of the Russian investigator, John Durham, along for the ride.

Why Italy? Because the Maltese professor Joseph Mifsud and George Papadopoulos, a former member of Trump’s foreign policy advisory panel, first met at a small university outside Rome. A university that has since become the focus of an elaborate, but utterly unsubstantiated, set of right-wing fantasies. Those fantasies, which bubbled up from the Pizzagate/Q layers of the alt-right, insists that Mifsud isn’t a professor at all. He’s an intelligence operative put in place by an incredibly elaborate Obama administration plot to provide an excuse to spy on the Trump campaign. Trump isn’t just asking someone to check into this silly thing; he’s regularly bringing it up. Like Hunter Biden taking a billion out of China, this has no connection to reality, but Mifsud-the-CIA-plant has become a regular part of Trump’s talking points.

Why is the attorney general is relegated to playing Hardy Boys rather than turning this over to actual intelligence officials? Because Trump knows what Barr can do. Barr has demonstrated his ability to capture real information, shove it into a bottle labeled “Executive Privilege,” and churn out a not-a-summary that distorts that information to Trump’s advantage. Trump doesn’t need an investigator. He needs someone who can breathe some life into his conspiracy theories, even if they’re obviously dead.

Just as with the events in Ukraine, Trump doesn’t want an actual investigation. He just wants an announcement. A very big announcement. Because, as demonstrated in just the last two weeks, even turning over allies to be driven from their homes and murdered on the roadside by ISIS-connected militia is an insufficient distraction for Trump at this point. That Trump is going to be impeached before the end of the year is now more certain than that the Nationals are going to win Game 2 of the World Series. And yes, they already won.

What Trump needs, what he is absolutely counting on, is for Barr and Durham to hold a press conference and declare the shocking, shocking truth—that Mifsud was put in place even before Trump announced his candidacy on the off chance that he would have a conversation with a Trump adviser, who would then express his eagerness for Russian kompromat, and would finally brag about his Moscow access to an Australian diplomat, who would then inform the CIA. Because Democrats are super, super good at these schemes.

But if Barr keeps on traveling, Trump might need to get worried. Because his attorney general might not be looking for a Great Distraction. He could be searching for a Great Escape.